When Jeni Stepanek looks back over her life, it’s often difficult to reflect on the past.  On June 22, 2004, her fourth child, Mattie, lost his lifelong battle with a rare neuromuscular disease.  As a result of the disease, Mattie relied on a ventilator to breathe and a wheelchair to get around. He would have been 21 years old on July 17 of this year.  Faithful fans of the “Oprah Winfrey Show” invited Mattie into their homes regularly as Winfrey’s close friend and later crowned him the favorite guest of all during her entire 25 years of hosting the show. 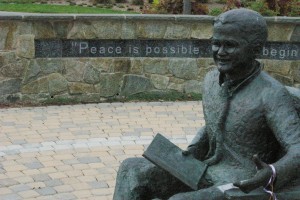 His “Heartsongs” poems and book collaborations with stalwarts such as Maya Angelou and former President Jimmy Carter further excelled his rocket to fame.  As Mattie’s popularity grew, his mother, Jeni, stood behind the scenes supporting her son’s ambitious calling:  to bring peace and hope to the world.

Jeni understood the limitations her son endured due to his disabilities, because she too suffers from the neuromuscular disease that eventually took the lives of Mattie and her other three children.  When she first discovered symptoms of the disease, she rushed to her physician for answers, assuming it was lime disease or maybe mononucleosis. 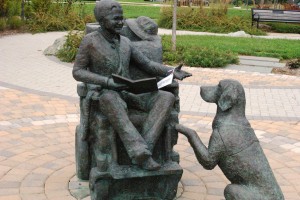 “I was in pain and tired and my eyes were drooping and my heart was pounding…I wasn’t able to do what I typically could do,” she remembers. “I went to the doctor simply looking for an antibiotic.”

Instead, the doctor revealed that she had a rare form of a neuromuscular disease and had subsequently passed a mutation of the disease to her dying children. Two years after the diagnosis, she was forced to use a wheelchair. About four years ago, she began using a ventilator to support her breathing. She concedes that although the disease is not as progressive as it was in her children, it will eventually shorten her lifespan.

Despite her diagnosis, she encouraged her son to share his vision for the world.  Both she and Mattie brought the essence of their lives and their message of hope and peace to millions.  As a motivational speaker, she continues to bring hope, but her words have evolved into a message of resilience through tragedy. 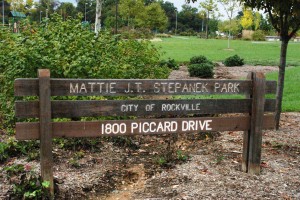 After Mattie’s death, she courageously picked up the gauntlet and continued the work her son began of bringing peace to the world.  As a motivational speaker, she inspires audiences by emphasizing that her life and Mattie’s are difficult lives to lead, despite the fame.  She admits that her life is not an easy one and finding courage when you have a “dying body” can be struggle at times.  Something as simple as getting up and out of the bed each day is difficult, but also her “choice”, she explains. 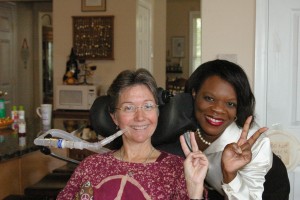 “I have misery moments,” she says.  “People say, ‘How do you not get lost in self-pity?’  Well, I have misery moments, but not self-pity.  I own my misery.  My children are dead. I’m in a wheelchair.  My body is getting weaker.  It is no fun.  I have a right to be miserable.  But after I’m miserable for a moment, what am I going to do next?  Am I going to fall into self-pity and lie in the ashes of what was, or am I going to choose to do something with what is and what might be?  My preference is to make as many differences as I can in this world.”

Jeni speaks to the irony and serendipity of being named number one on the list of the top 10 most interesting people in the D.C. metro area.  She remembers the call from the producers of the “Oprah Winfrey Show” and the question of whether she was “interesting” as they designed the schedule of guests for Winfrey’s last shows.  The show would definitely feature Mattie’s life – Oprah’s most favorite guest – but the debate as to whether Jeni was interesting enough loomed.  The producers eventually did decide to put her in the show.  “I think I’m interesting.  I think I’m intriguing.  The events of my life are interesting if you don’t even look at what I’m doing,” says Jeni. “But they struggled with that.  For three months, [the producers]kept calling me to find out whether I was interesting.  How ironic in the same year to get a call saying I’ve made a top 10 list of interesting people.”

Today, Jeni shares her Rockville home with her helper dog and in her leisure is able to peer out over her front porch and watch children play in the Mattie Stepanek Park, which was named and dedicated to her son.  On the grounds of the park is a statue of Mattie in his wheelchair and his trusted helper dog standing beside him.  Jeni continues Mattie’s work through the Mattie J.T. Stepanek Foundation and recently published “Messenger: The Legacy of Mattie Stepanek and Heartsongs”, a best-selling book on the life of her son.