You are at:Home»Features»Living the Life»Gay Bullying Wanda: Bisexual and out of the shadows
Tweet 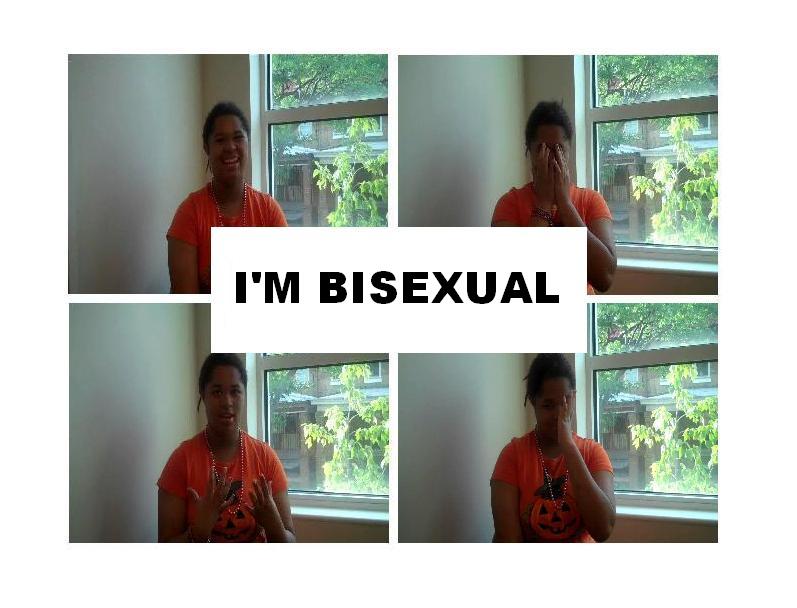 “There was a lot of bullying, verbally (from her mother).  She would call me a boy, a dike.” — Wanda George, 15 years old

“I was used to bullying, but not about this. It hurt a lot worse then what I was usually bullied for: my weight, the way I looked. I was very light skinned when I was younger. I had two nicknames:  white and ugly.”

Wanda George is 15. Recently, she came out to her friends that she’s bisexual. The journey after coming out as a bisexual youth has been hard, particularlybecause it wasn’t entirely her choice. 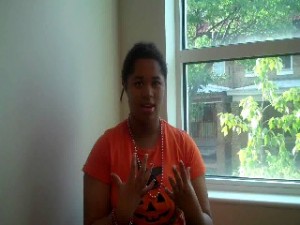 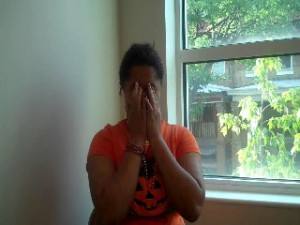 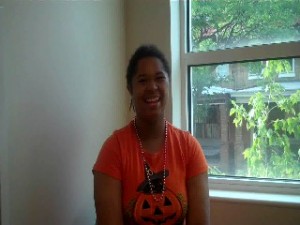 “I was coming out to her [a friend], not my mom, because I know if my mom found out, she probably [would]get mad,” Wanda explains. “I was scared of what everyone else will think, because I have a lot of religious family. She [mom]was like, I went on your Facebook. You are gay now? I couldn’t finish the conversation.”

After her mother’s phone call, Wanda arrived late to class.  She tried to focus on school work, but without success. “I had a breakdown in class,” she recalls. A staff member asked Wanda if she could guess what was upsetting her. Wanda replied that she was not pregnant nor did drugs. When the staffer asked her, “Do you like girls?” Wanda remembers, “I froze for a second” and then admitting, “Yeah.”

Looking forward to attending Thurgood Marshall High School this fall, Wanda anticipates the new experiences open to her now, including dating.  Prior to the end of school, she prepared to tell friends about her bisexuality. Though she could have predicted some of the comments of her peers, she was unprepared emotionally for the different reactions she received.

“I’m considered a nerd,” she says.  “I have my select friends. We were sitting in our clique.” Wanda told her friends that she had something important to tell them. She hesitated for a moment, but a girlfriend pressed her to talk. “The class got quiet. I just said that I’m bisexual. There was that silent gasp.”  She vividly recalls: “One girl yelled, ‘You’re an ugly bisexual?’” Two friends came to her defense, but Wanda confides: “I always cry when I think about it.”

Lesbian, gay, bisexual and transgender youth are more likely to experience bullying, violence, sexual abuse, parental abuse and homelessness.  A recent study published in the Journal of School Health finds that young individuals, like Wanda, who suffer high levels of victimization in middle and high school, have a greater risk of developing health problems into adulthood. These health issues include depression, suicide attempts and the contraction of sexually transmitted diseases like HIV. This is the first study focusing specifically on the long-term effects that school victimization has on LGBT youths, and it argues for the need to prevent anti-LGBT victimization.

Although LGBT youths in the District are growing up in a more tolerant environment, many still do not feel safe in D.C. public schools; bullying is a widespread problem.  District officials have been advocates for nondiscrimination in schools, but it does not have an anti-bullying law. This year, Councilman Harry Thomas introduced the Bullying and Intimidation Prevention Act of 2011, which would require D.C. public schools and public charter schools to develop policies to prevent student bullying and harassment.

Wanda recognized that there were other LGBT youths at her school, which made the pressure of coming out a little easier. “At first people had their jokes about it,” she says.  “The school system can be homophobic, but I found a lot of teachers that were really cool about it.”

Initially, Wanda’s mother had a difficult time accepting her daughter’s sexuality. “There was a lot of bullying, verbally. She would call me a boy, a dike,” Wanda recalls.

A particularly painful memory for Wanda is the day her Grandfather found out she was bisexual. As she washed dishes, she overheard her mother say, “You know Wanda’s gay right? Yeah, her and her friend, they’re lesbians.” Wanda focused on the dishes, the soap suds, the water flowing from the faucet. She continues, “They went on and on. She was like, ‘I would have never known.’ I felt like I was in this bubble. I couldn’t say anything.” Choked up, Wanda collects herself and then explains, “I didn’t want certain people knowing. It was hard.” After finishing cleaning, Wanda confesses, “I went in my room and cried.”

A huge source of support for Wanda has been her former English teacher who has been like “a second mom and role model.” “Every time I needed to talk, she was there,” Wanda says.  “She gave me the money to go to SMYAL.”

On a Thursday afternoon, Wanda meets Stephanie Remick, SMYAL’s Youth Leadership Coordinator, and the Youth Arts Ensemble at the Columbia Heights Community Center. The group is rehearsing the play, “We Are Who We Are,” which they wrote to debunk stereotypes and educate the public. Before rehearsing, everyone forms a circle. Each individual expresses how they feel and how their week has gone.  Full of individuals who have showed her support, love and acceptance, this group has had a positive impact on Wanda’s life.

“I learned leadership skills. I’ve learned a lot about the LGBT community. It helped my confidence. When I first came to SMYAL, I was really shy,” she says. Wanda also loves to act and write and felt right at home in the program. “It’s promoting my writing,” she says. “One of my coping skills with this bisexual thing is writing. Ever since I was younger, this teacher from elementary school encouraged me to read and write.” Wanda admits that although bullying limited her social interaction with her peers, she never let it affect her grades. She’s just entering high school, but is reading at a first-year college reading level.

Wanda first started going to SMYAL in October of 2010, but hesitated to tell her mother about the organization. In February, she won a SMYAL award and wanted to share the news. “I felt she should know. I wanted to show her my award. I wanted her to see it,” says Wanda. After learning about SMYAL, Wanda’s mother did not want to let her participate. Yet Wanda is “blessed,” she says, explaining that her mother slowly came around. “She’s [mother]is not really accepting of it, but lets me go. When I found out they had an arts program, immediately I was committed. She [saw]how much I liked the place, and was like ‘You can go. I’ll provide money for you.’”

Growing up as a big wrestling fan, Wanda used to want to be a wrestler. Although she’s focusing on her writing and the play, she still possesses a wrestler’s fighting spirit.  “I learned it [bullying]is going to happen, but you have to continue being you. I don’t hide my sexuality. I don’t flaunt it, [but]I don’t pretend to be something I’m not.”  She pauses and then says, “You can surpass it, as I did.” There is a hint of surprise in her tone, as though she still doesn’t quite believe it happened.