You are at:Home»Features»Living the Life»Combat veterans and the war at home: Fighting mental illness
Tweet

For fifteen years, Chance Parker never met her father, Donnell Douglas Love, a Vietnam veteran.  Many veterans face a psychological battle after returning, one that undoubtedly affects their families. “His only memory of war is jumping from his crashing airplane,” Parker states. In the early seventies, Love was diagnosed with schizophrenia after serving in Vietnam. One’s susceptibility to the disorder is governed by biological, psychological and environmental factors.  A traumatic event can often trigger the illness. Parker’s mother, Tanya, believes Love had a predisposition, but his troubled childhood, coupled with his combat experience, made him particularly susceptible.  Soon, he began self-medicating with illegal drugs and became addicted to crack cocaine. 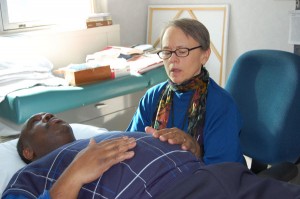 Combat veterans from as far back as WWII face a number of mental health disorders. The report “Invisible Wounds: Serving Service Members and Veterans with PTSD and TBI” by the National Council on Disability compiled compelling data regarding our service members.  The report estimates that as of December 2008 24 to 40 percent of returning combat members suffer from psychological and neurological injuries tied to post traumatic stress disorder (PTSD) or traumatic brain injury.  Although invisible wounds cannot be seen like a burn or shrapnel wound, changes in the brain or the hormonal and immune systems can be measured. These illnesses increase the occurrences of other psychiatric problems and the risks of suicide. A study in the Journal of American Medical Association found that returning veterans with PTSD and other mental health disorders exhibit higher rates of tobacco use, high blood pressure, high cholesterol and obesity compared to veterans with no diagnosis. Most veterans diagnosed with PTSD suffered from other disorders such as depression, anxiety disorder, adjustment disorder or alcohol abuse. In addition, veterans often face extreme difficulties involving family dynamics. 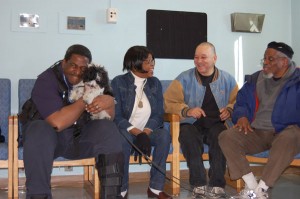 Marc Anthony Viola, a military veteran, intelligence officer and author of “A Spy’s Resume,” states, “When people return from trauma, they’re confused and confronted with the fact that they have reacted naturally to unnatural circumstances.  They struggle with how to allow themselves to feel safe, trusting and full of goodness.” Viola also asserts that having been conditioned to turn off their emotions from combat, veterans struggle to ‘turn on’ their feelings. This makes it hard to connect with others, causing problems with spouses and family. As Viola puts it, “War is a mistress no spouse can ever compete with.”

Shortly before Parker was born in 1981, Love, who had been battling schizophrenia, started using crack cocaine and moved away to Raleigh, North Carolina. Fifteen years later when her parents reconciled, she began the process of facing her father’s illness. “Part of me believed that schizophrenia wasn’t an illness, just a way of looking at the world.  “To some extent his spirituality was heightened because of it.”  Parker was just getting to know her father, yet she battled feelings of betrayal and anger towards him. Their relationship was rocky. She rebelled by smoking marijuana, cutting school and engaging in promiscuous sexual behavior.  In 1995, her family briefly moved from Northern Virginia to Albuquerque, New Mexico to pursue their artistic passions.  Their stay was short lived.

“He’d sit in the dark smoking cigarettes, get wild eyed, talk to himself.  He’d say he was hearing voices or static. My mother and I called it ‘Donnell Land’,” Tanya says.  She asserts, “I couldn’t rely on him. He couldn’t drive or take care of basic household things. Everything was scheduled around him and focused on him. We didn’t take care of ourselves. Physically and mentally I hit rock bottom.”

Anxiety, stress, depression and an array of mental health issues often arises in a family dealing with a member suffering from a mental health disorder. Parker’s father had religious hallucinations — delusions that he was a religious icon — and paranoia.  His condition was further complicated by his troubles budgeting money.  When things became extremely bleak, he would sometimes disappear for days before reappearing. “These things wore her down. My mother wanted him to be the man that he was when they were twenty-five, but he was quite different. Four years later, he moved out on her birthday.”

The family moved back to Arlington, Virginia in 1998 and tried counseling at the Washington, DC VA Medical Center.  The medical sessions focused on Love’s health and needs, but Parker felt frustrated. “They didn’t listen to me or consult with me about how I felt. I was a bad daughter, but I had to live with my father.”  She adds, “Services are set up for them, but not for the family. They don’t necessarily help the family stay together. He wouldn’t have had any kind of support system without family. We were able to keep him in the programs at the VA and keep him stable.”

More and more, family and peer supports are considered fundamental to a veteran’s rehabilitation. The National Council on Disability finds that relationship difficulties are often the first signs that a veteran may have a mental health disorder. Early intervention through marital and relationship counseling can be crucial to a diagnosis. Providing families with support and education can be beneficial to the effectiveness of treatment as well.  Although historically families are not provided services, the trauma and psychology service departments at the DCVAMC have begun making changes to provide families with assistance. 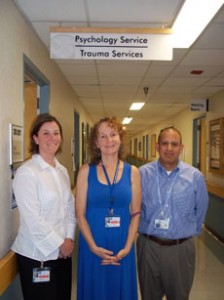 A unique aspect of the DCVAMC is its diverse rehabilitation programs. On any given day, its lobby is filled with a group of veterans playing music. Donna Ambrose, a clinical nurse specialist, points out, “In the PTSD program, we have trained biofeedback therapists, yoga, ear acupuncture, Tai Chi, and spirituality groups. We come from a lot of different angles.”

At the moment, the team only has one clinical nurse specialist providing services for families. Yet, David Cueva, a clinical psychologist on the team, highlights the benefits of Cognitive Processing Therapy and states that there is now “manualized treatment for couples, treating PTSD and how it affects the family.” Ambrose has implemented the Trauma Services Program Parenting Education Group to educate couples about PTSD and child rearing.  Having dealt with a lack of finances, the team tries to maximize resources while providing a continuum of care. Cueva stresses the importance of making accurate diagnoses, especially when mental health disorders are preexisting and occur with other psychiatric, behavioral and medical conditions. “Without that, you can’t treat a patient effectively,” Cueva contends.

Currently, Parker’s father receives money for living expenses, free medical benefits and counseling. Every few months, he enters the hospital for medication readjustment. Parker states, “This is beneficial to our family in that when he comes out, he is the person we know and love.” Art has proven to be a rehabilitating force for her. Parker is in the theater, dances and writes poetry. Her mother is a painter and playwright.  As for her father, a gifted artist since childhood, he continues to pursue his passions.  Parker says, “My dad paints everyday. Every time I see his work, it gets better, as if it has changed him in some way. I still have those moments when I feel a deep resentment. But through him I know what it’s like to have love and a father figure.”