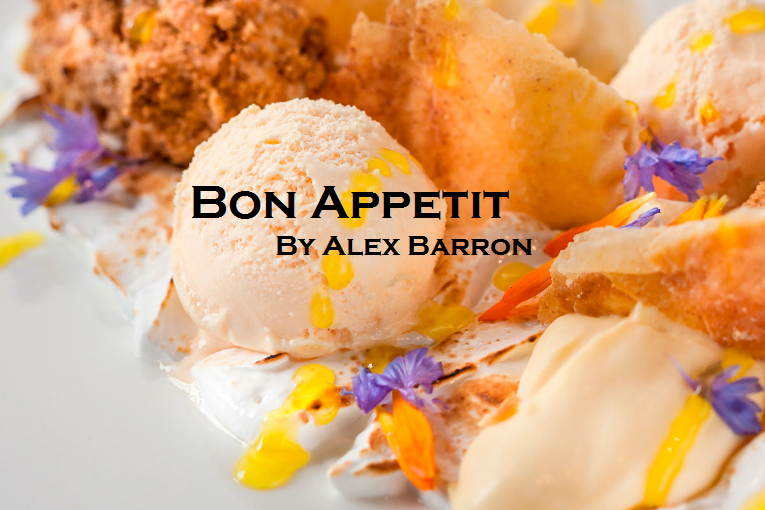 Washingtonians love their brunch. Most of them savor it so much — and so frequently– that they are ever on the lookout for new options. The same old pancakes and eggs just can’t do it every time. Luckily, Brunchers looking to “think outside the omelet” have plenty of choices in the area. As popular as they are, Richard Sandoval’s restaurants (Masa 14, El Centro, Ambar, Zengo and, most recently, Toro Toro), to those with more traditional palates, seem counter-intuitive choices for brunch. Their Latin-based fusion cuisine is a departure from the classic American brunch that 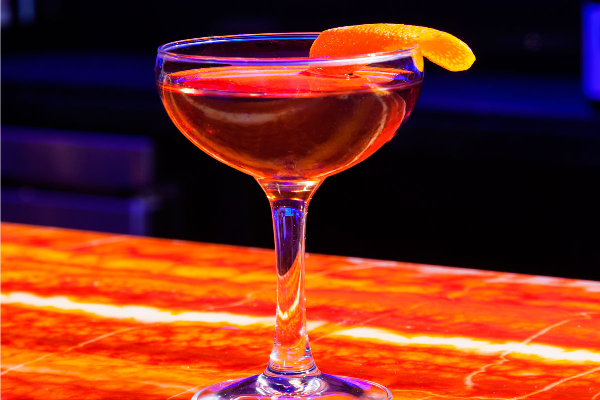 has become comfort food for so many. But in place of familiarity, brunch at Sandoval’s restaurants offers zesty spices and flavors, and most of the time, some killer mimosas.

Adorned with leather and animal print motifs, the main dining space appears to be the personal library of “The Most Interesting Man in the World.” Toro Toro, on McPherson Square, just might be Sandoval’s slickest offering yet. The interior, tinted with chocolate and orange tones and decorated with the occasional old iron lantern or antelope skull, presents and aura of worldly sophistication. The second incarnation of the same restaurant (the first is in Miami), Toro Toro uses a play on a words for its name. “Toro” is both the Spanish word for bull and the Japanese word for “tuna.” Although the menu’s flavors are mostly Spanish and South American, its focus on small plates is 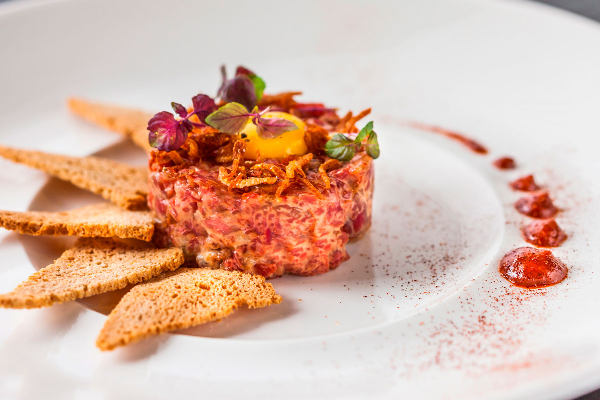 more consistent with the Japanese tradition.

A printed menu is unnecessary for brunch, however, as is the case at Sandoval’s four other D.C. restaurants, the meal is entirely buffet. Just about the entire menu is displayed on the buffet table, meaning that some of Toro Toro’s most popular dishes (such as an assortment of grilled meats) aren’t just for dinner. Brunch service, which started in mid-May, runs from 11:00 a.m. to 3:00 p.m. on Saturdays and Sundays. At 11:00 a.m. sharp, brunch is on and guests descend on a table carefully arranged with a multitude of dishes that constitute a dizzying array of colors and smells.

The highlights are many: platters of raw shrimp and oysters, a bowl of spicy, citrusy ceviche (one of Sandoval’s signature dishes), all kinds of cheeses – including a superb Spanish Manchego – and several vibrant cold salads, like one particularly zesty blend of avocado and tomato. All of the 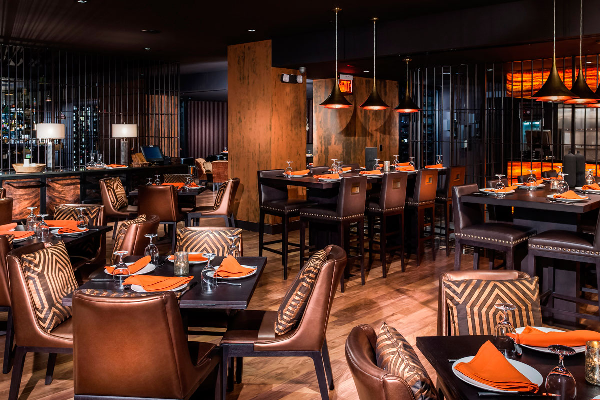 traditional brunch favorites are here also, although most of them are prepared with a Latin twist. Potato hash is mixed with a smoky Spanish chorizo; crispy bacon has a hint of chipotle-agave marinade, and waffles are offered with a flavorful Mexican chocolate sauce (as well as Nutella and bananas). Homemade custards and mousses served in their own small glass jars are a nice touch.

Toro Toro delivers on brunch drinks in a big way. Alongside the buffet table is a bar where diners can construct their own Bloody Mary (or Bloody Maria, a variation with Tequila, instead of vodka). Servers circulate constantly with refills of coffee and mimosas.

The main event though is the Rodizio, a mix of South American grilled meats prepared on skewers. While many Americans have received their first exposure to Rodizio from Fogo de Chao, a national chain known for copious servings of red meat, Toro Toro’s offering is a cut above. Here, chefs do their grilling in an open kitchen area, set in a sort of wrought iron cage that enables guests to watch them serve up the juiciest pieces hot off the skewer. Chorizo and zesty South American chicken, spiced with cumin, oregano and miso are both excellent, but the focus is on tender, succulent cuts of carne asada steak. A Rodizio platter may be a decadent start to the day, but the price – $39, excluding tax and tip, for bottomless coffee, mimosas and all buffet items – makes the entire package a relative steal.