You are at:Home»Featured»BON APPETIT – Toki Underground: Elevating Ramen to an Art Form
Tweet 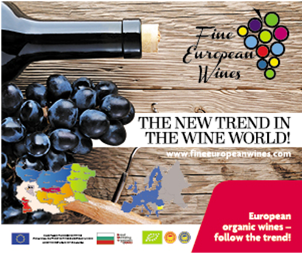 It seemed to take no time at all for H Street’s Toki Underground to morph from one of D.C.’s hidden gems to one of its worst kept secrets. The tiny ramen shop opened at the beginning of April, 2011 and within weeks, its twenty seats were some of the most coveted in town. While waits of upwards of an hour were commonplace, many patrons were willing to content themselves with a pint or two at The Pug, the downstairs bar, until they received a text to signify it was their turn. Five years later, Toki still hasn’t lost steam, and it can be as hard as ever to grab a seat during prime-time – although insiders know that their chances of being seated promptly increase quite a bit during lunch hours, which are 11:30 to 2:30 daily.

The word may be out about Toki Underground, but the place still has the inconspicuous signage of a speakeasy, and the décor of a funky hostel for weary backpackers. The interior, which features big-head figurines, a wall made of skateboard pieces and a wrap-around bar decorated with old anime panels, is practically a shrine to Japanese pop culture. A pulsing soundtrack of indie rock and hip-hop helps to contribute to an aura of calculated quirkiness.

The pageantry surrounding Toki Underground might be all for naught if the food wasn’t so tasty. The focus is squarely on ramen: once widely thought of as a staple of the college student diet, served in Styrofoam cups, it is capable of achieving masterpiece status in the hands of a capable chef. Up until a few months ago, Toki’s capable chef was Erik Bruner-Yang, a rock star in the kitchen and on the stage. (He played guitar for the now-defunct rock band Pash.) But after what appears to have been a bitter break-up between Bruner-Yang and his former managing partners, the helm has been handed over to Jonathan Uribe. Bruner-Yang hand-picked Uribe for the job after seeing him in action at TaKorean in Union Market, and by all accounts, the quality of Toki’s food has remained consistent amid the change of regime.

What sets superlative ramen apart from the standard issue stuff is not the noodles but the broth. In the most popular bowl, the Toki Classic ($13.50), it is creamy and complex, with a flavor that continues to develop and expand as it sits on the tongue. A custardy soft egg only complements its natural smoothness. A handful of noodles, a bit of tender pulled pork, various pickled greens and a sheet of paper-thin seaweed round out each bowl, although all of these are basically just playing back-up roles to that savory broth. A second variety, Tapei Curry Chicken ($14.75), is equally flavorful, albeit more spicy, and gets satisfying texture from chunks of hearty fried chicken. Elsewhere, Fried Chicken Steamed Buns ($15) are listed in the “For Starters” section of the menu, but make a substantial lunch on their own. The sweet, pillowy buns are an excellent complement to the kick of the spicy chicken, and a dollop of Japanese mayo cools the whole thing down.

The signature dessert is a plate of chewy chocolate cookies ($7), made to order and served with a dish of sweet-and-salty red miso buttercream for dunking. In response to an order, the bartender gleefully shouts back to the kitchen, “Cookies!” – and that word, with proper punctuation, is what appears on the bill. The drink menu includes several varieties of sake as well as a few interesting Japanese craft beers. Cocktails sometimes include subtle Asian touches – as with the Toki Monster ($12), a bourbon and scotch drink garnished with a pork belly skewer.

Invariably, some patrons will be turned off by the wait at Toki Underground, or the ultra-chic “scene” that surrounds it. There is no arguing with quality of the ramen, though. Sometimes the long lines really do tell the whole story.