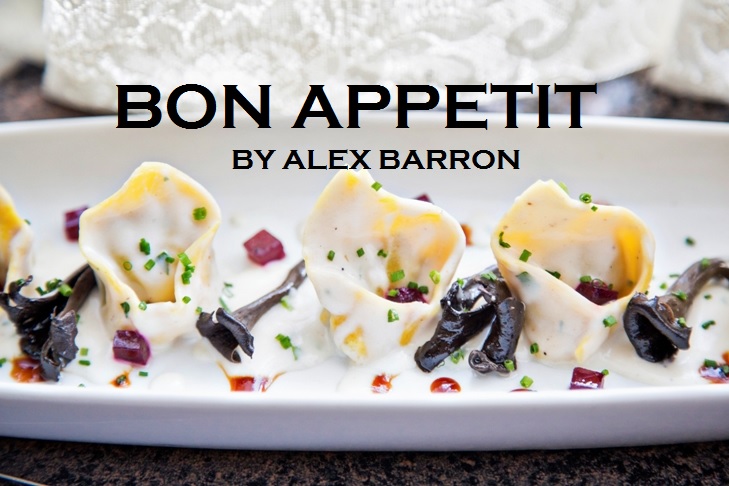 Marcel’s, Robert Weidmaier’s French-Belgian restaurant in Foggy Bottom, has justifiably earned a reputation as one of a handful of elite fine dining destinations in the District. However, it has also unfairly come to be known as an “old school” restaurant. Certainly, Marcel’s values old-world tradition and elegance. The serving crew – composed of males primarily — dress in full suits with embroidered lapels; jackets are required for men. The dining room is adorned with ornate chandeliers, a glass divider stained with a fleur-de-lis pattern, and the occasional marble column. But formality should not be confused with stuffiness. The wait staff — recently named James Beard Award Semi-finalists for Outstanding Wine and Outstanding Service — provides warm hospitality and encyclopedic knowledge of food and wine. The food combines the big flavors of French-Belgian cuisine with a bold and modern, yet sometimes playful, visual display. 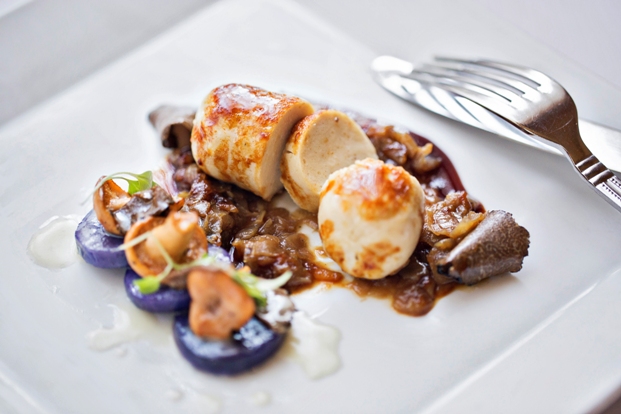 Wiedmaier, whose Washington, D.C. empire includes nine restaurants, takes special pride in Marcel’s, which celebrates its fifteenth anniversary in March. “I’m here almost every weekend,” boasts the Belgian-born chef, “This one is my baby.” Indeed, it is no coincidence that the restaurant is named for his first-born son, who was born just a few months before its grand opening. Marcel’s has continued to reinvent itself since its opening, but according to head waiter Jonathan Crayne — who has waited tables for forty-three years and has been at Marcel’s since the beginning — it has always maintained a devoted core of regulars. For most, however, Marcel’s is strictly for special occasions. “You can’t eat like this every day,” Crayne admits, “But for anniversaries, birthdays, proposals, there’s no better place.” 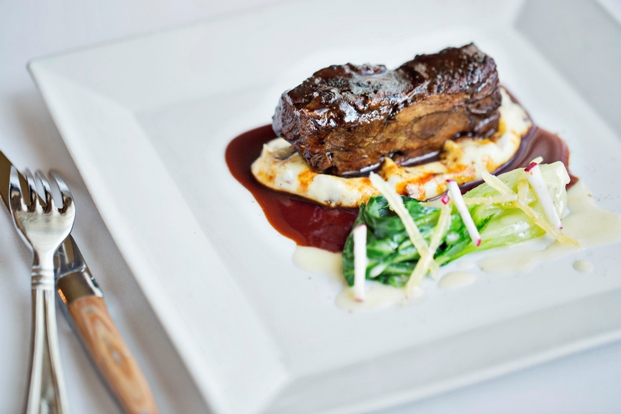 Indeed, the kitchen — which Wiedmaier runs along with chef de cuisine Paul Stearman — doesn’t shy away from rich ingredients; servings are carefully portioned so as not to completely blow the taste buds away. Although dishes can be ordered a la carte, Marcel’s generally operates from a tasting menu. Guests may order meals of up to seven courses, the final two of which are a cheese course and a dessert. This format means that plates tend to be small, though larger portions can be prepared to order. Small is usually a safe bet, since most dishes tend to pack quite a wallop.

Far from the usual pot of shells and shallots, the Mussels Gratinee includes only four shelled mussels per serving, and a hearty sauce of tomato fondue, garlic, bacon and thyme cream makes for a substantial dish. The menu features a decadent foie gras, the Hudson Valley variety served straight from the pan atop a meaty disk of duck confit and topped with slices of baby pear for contrasting 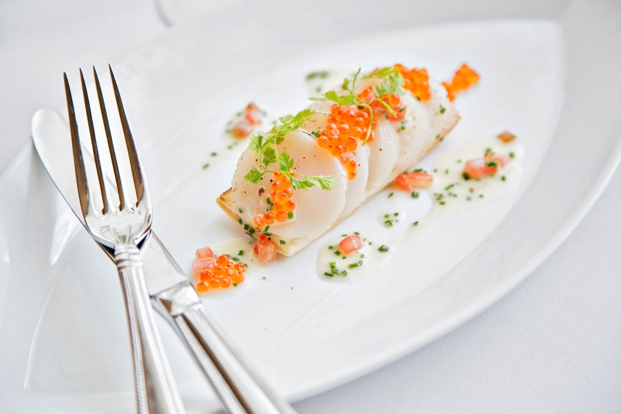 sweetness. Boudin blanc is a Belgian staple, a white pork sausage that can be hard to replicate stateside, and Weidmaier has it down pat. The surprisingly soft links are capped with savory black truffles, which form a practically perfect bite. “We’re the only ones who do boudin blanc,” proclaims Crayne, “No one else around here can do it.”

The La Belle Farm Duck features two different preparations on the same plate: four thick chunks of breast flank a piece that Crayne calls “duck lasagna,” that is, a strip of fresh salsify (similar to parsnip) over a layer of juicy confit. The plate is covered in a combination of chocolate and sauce made from port – an unusual combination to say the least, which the kitchen manages to pull off. The filet mignon, meanwhile, is a tried and true classic that is about as good as it gets. The filet is prepared medium rare, unless otherwise specified (and who would dare go against Wiedmaier’s preference by specifying otherwise?). In his hands, the small chunks of steak maintain an ideal balance of texture: slightly crispy on the outside and meltingly tender on the inside. A shock of creamy mashed Yukon potatoes puts the exclamation point on the dish. For dessert, the Honey Grapefruit Supremes mimic a sculpture from the Hirshhorn Museum and inventively combines the disparate textures of brown sugar meringue and citrus custard.

A restaurant as outwardly traditional as Marcel’s may miss out on some of the buzz that inevitably surrounds some of the more exotic, flashy spots which seem to be popping up throughout the metro area at present, but Marcel’s seems content to maintain its own confident, low-key approach rather than resorting to gimmicks. Wiedmaier will continue to tinker with the menu, but with multiple appearances on just about every “Best Restaurant” list, and a legion of dedicated fans, Marcel’s has no need to change its winning formula.