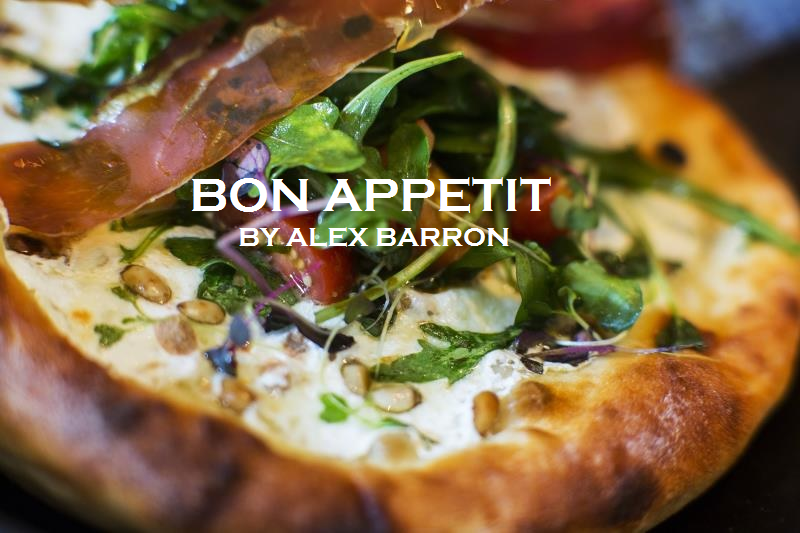 The renaissance continues on Logan Circle. These days, it’s nearly impossible to walk the stretch of 14th Street south of U Street without being part of a crowd. The neighborhood is hopping, particularly on weekday evenings during happy hour. While trendy new bars seem to constantly pop up, so do new dining spots, many of them – like Masa 14, Bar Pilar, and El Centro D.F. – sporting a similar industrial atmosphere, complete with exposed brick and ductwork. Lupo Verde, one of the newest additions to the neighborhood, is housed in what looks like a converted row home, but has the minimalist décor of an Italian wine cellar. The walls are simple brick and the chairs wouldn’t look out of place at the kitchen table of a farm house. The only slight concession to glamor is a sign above the upstairs bar, projecting the restaurant’s name in miniature light bulbs.

Lupo Verde’s dialed down vibe seems to be at odds 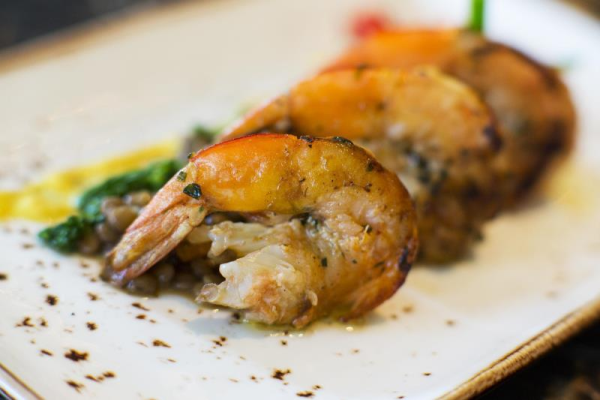 with its somewhat eccentric name, which translates to “Green Wolf” in Italian – the name of managing partner Antonio Matrazzo’s football club back in his home city of Avellino, not far from Naples. Matarazzo has worked with veteran D.C. restaurateur Meb Lahlou on Ulah Bistro, Station 4 and Tunnicliff’s Tavern, but as a native Italian, he brings a personal connection to this newest venture. The same is true of Southern Italian chef Domenico Apollaro, who comes to the States for his first serious gig, after stints at restaurants in Italy and Switzerland.

Lupo Verde prides itself on a fresh and diverse 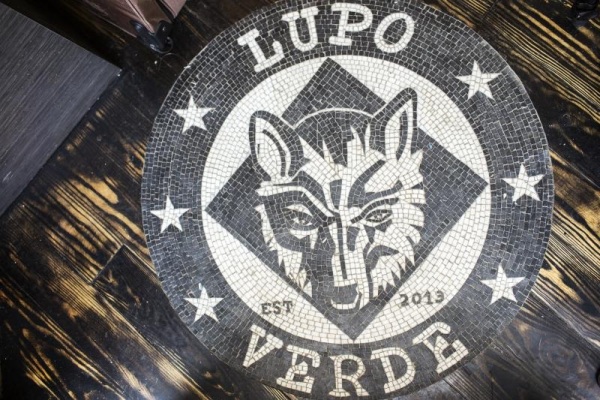 charcuterie platter – unsurprising for a restaurant that houses a cheese shop on its ground floor. The long list of options (3 for $13; 5 for $18) includes flavorful cold cuts (Sopresatta, Speck, Prosciutto) and cheeses, like a soft and salty Taleggio. Apollaro seems to have a way with seafood-based appetizers. A pile of succulent swordfish tartar ($12), mixed with toasted fennel seeds in a lemony marinade, is among the highlights. The same goes for an inspired grain salad in which chunks of braised baby octopus are tossed with faro. Testa Impanata ($11), also known as head cheese, sounds infinitely better in Italian, but Matarazzo’s variety is breaded and buttery enough to make believers of those who might not have thought themselves capable of enjoying a delicacy made from 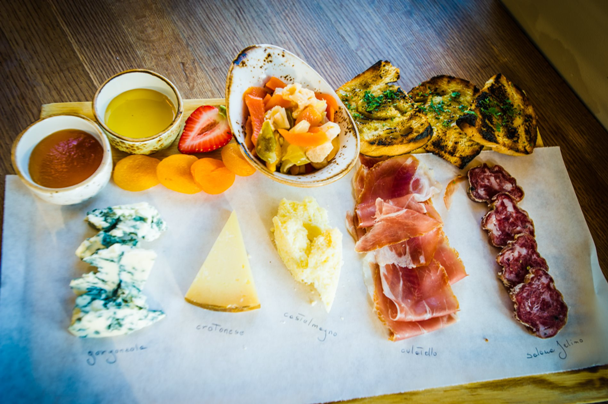 the head of a pig.  Pizza tends to be soft and pillowy. The RA2 ($12) features a Mediterranean-style blend of goat mozzarella, pistachio and a touch of honey, while the more conventional Statale 268 ($12) is topped with a hearty blend of sausage and eggplant.

Homemade pasta is the real focal point of the menu: heaping bowls of al dente noodles like these are seldom found in the states and are especially rare in the District. Squid ink gives a briny flavor and a deep black glow to the Garganelli al Nero ($18), which are mixed with shrimp for a satisfying dish. Thick pieces of Striglie ($14) pasta are perfect for mopping up a hearty lamb ragu, topped with ricotta.

Apollaro’s best and most creative dessert is the Coppa del Nonna ($8) or “Grandfather’s Cup,” which is created to look like an overflowing mug of hot chocolate, complete with marshmallows and cookies on top. Instead of a drink, it’s a chocolate and coffee layered semi-freddo, laced with Nutella and specked with roasted hazelnuts that can only be discovered, like prizes at the bottom of a cereal box, as you dig deep into the mug.

Lahlou and Matarazzo’s latest entry has apparently generated its share of buzz already; the bar area is filled with flocks of young professionals, either waiting for a table, or simply sampling from the list of affordable wines, creative cocktails, and Italian beer that goes beyond the same old bottles of Peroni. But as hip as the bar is, it’s just a prelude to a superlative charcuterie and some of the best homemade pasta inside the beltway.