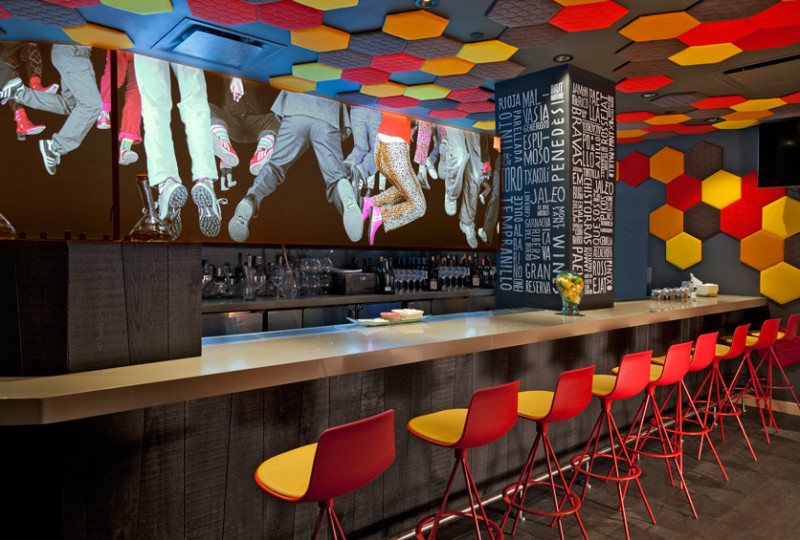 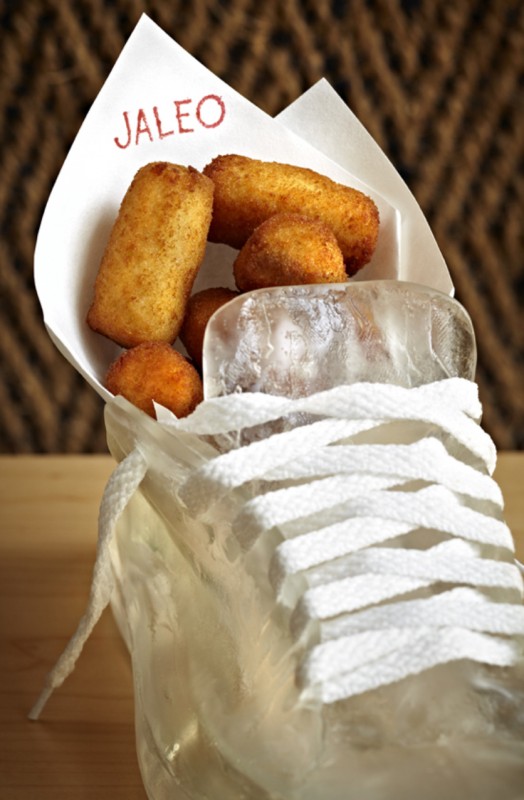 When tapas hit DC’s mainstream restaurant scene twenty years ago, they were seen as something of a culinary novelty. Although in Spain, and in parts of Central and South America, grazing on tapas is an essential piece of the nightlife—akin to bar-hopping in the United States—a meal composed entirely of small plates, or snacks, represented quite a departure from the traditional three-course model.  But when Jaleo opened in 1993, patrons were quick to adopt the new model, which allowed them the chance to order a handful of small dishes instead of just one or two, and thus gave them a wider sampling of Spanish cuisine. The normally cautious diner could afford to be more adventurous, maybe taking a chance on an unfamiliar dish like octopus, without having to commit to it in the form of a large entrée. 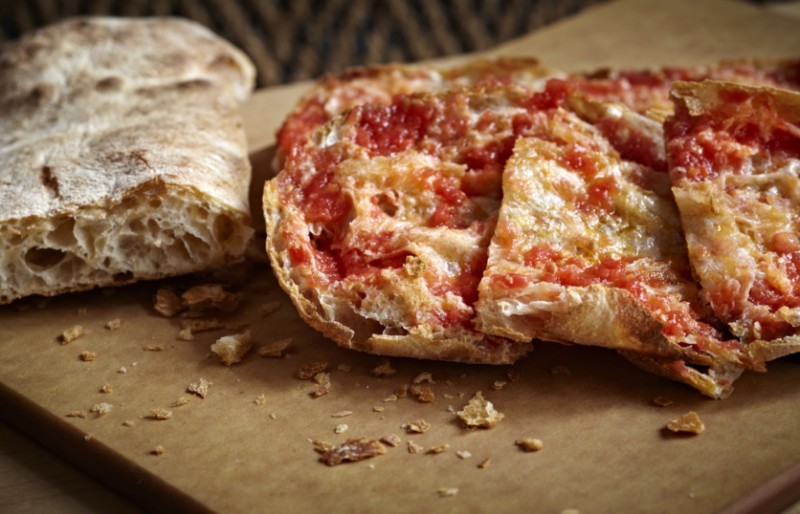 Spanish chef José Andrés is almost single-handedly responsible for bringing the small plates concept to DC, and perhaps to the United States at large.  One of the most lauded chefs in the world, Andrés is, among other things, on the list of Time Magazine’s 100 Most Influential People.  He owns a small empire of restaurants in North America, and several in DC, including the incomparable Minibar, the toughest reservation in town. But it is Jaleo, Andrés’ second offering (following only Café Atlantico) that may be its most important. Despite having expanded to three locations in the DC area (Bethesda, Penn Quarter, and Crystal City), with nearly identical menus, each branch of Jaleo consistently packs in crowds who, it is safe to say, have fully bought into the tapas craze.

In honor of its twentieth anniversary, Jaleo is offering Monday night flights: half glasses of four different Spanish wines ($25) grouped by color, type, or region.  Served with a helpful informational card that provides explanations of each wine, the flight of wines is ordered to correspond with the order of dishes.  Light wines at the beginning of the flight complement lighter dishes of cheese and olives, while the darkest wines pair well with the menu’s heartiest offerings, like sausage and salmon. 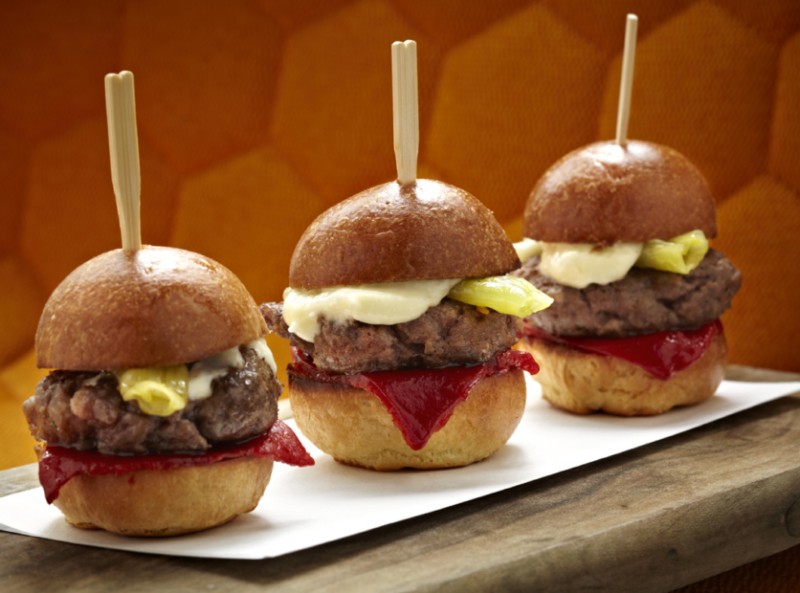 Part of the beauty of tapas is that they defy the conventional order of a meal: a table may ask for fifteen or sixteen dishes and then watch them come out in no particular order. Still, some of Jaleo’s offerings are perfect for whetting the appetite. A bowl of savory olives and piquillo peppers is dotted with tiny cubes of Manchego cheese ($7), which soaks up the flavorful juices.  And as simple as it is, the pan de cristal con tomate ($8), crispy bread smeared with fresh tomato, is downright addictive. But the thinly sliced Serrano ham ($8), which a server rightly describes as “by far the best ham in the world,” is absolutely essential. The delicate slices pack such a flavorful punch that a pile of simple crackers is the only accompaniment that they require.  Gambas con gabardina ($10), skewers of fried shrimp, served with a rich caper aioli for dipping, are a crispy, indulgent treat.

Some of the smallest dishes on the menu are also the most satisfying.  Cones of salmon tartar ($4) are topped with trout roe to make what one server calls, “two bites of perfect deliciousness.”  The same description might be applied to the mini hamburguesa ($7), a patty of tender Iberico ham topped with bacon. Both ham and bacon come from the Iberico pig, whose exclusive diet of acorns accounts for its sweet meat. 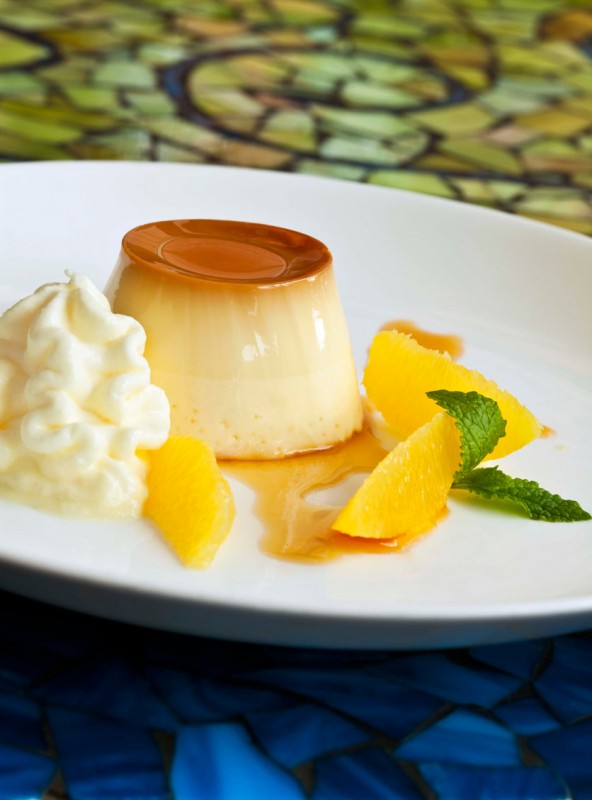 Among the more substantial dishes are the salmon ($10) on a bed of creamy pureed turnips drizzled with an unexpectedly sweet raspberry sauce, and the smoky quail ($12), with a honey glaze that is sweet but not cloying.  Among the heartiest dishes on the menu is the thick pork sausage ($8) served on a pile of al dente white beans.

Although the flan ($7), supposedly based on a recipe from José Andrés’ mother, is a creative take on a traditional favorite, the big winner is the apple charlotte ($7), a gooey apple tart drizzled in caramel and topped with a sphere of vanilla ice cream.

New small plate restaurants abound in the DC area, but the best of them just might still be Jaleo, which after twenty years, can legitimately be termed a DC institution.