You are at:Home»Features»Bon Appetit»BON APPETIT – Dishcrawl: Touring D.C.’s Best Foodie Neighborhoods, One at a Time
Tweet 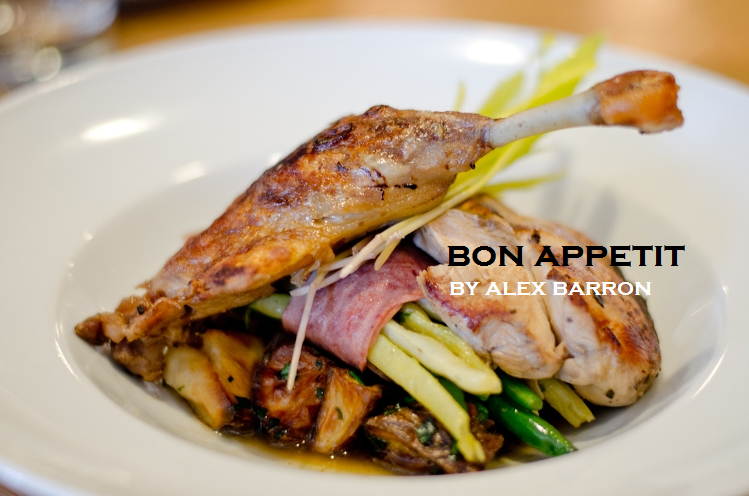 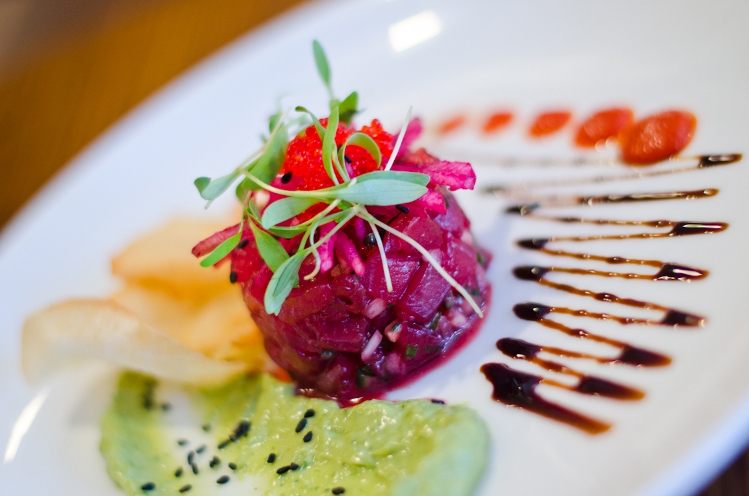 students, a retired couple from Takoma Park and a thirty-ish woman from Arlington. (“I usually meet my girlfriends here, but they’re out of town and I didn’t want to miss it,” she explains.) The setting is Smith Commons, an updated version of an English neighborhood pub, located smack in the middle of the trendy H Street Corridor in Northeast Washington, D.C.  This is the first stop on tonight’s Dishcrawl, an organized progressive dinner, which takes groups (usually of twenty or more) on a tour of four neighborhood restaurants.  Participants generally spend fifteen minutes to a half hour at each stop, during which time they sample a small dish, and mingle with their fellow “crawlers.”  The short walk between destinations also provides a break in the action and a chance to take in the ambiance of the neighborhood while digesting.

The Dishcrawl Empire is rapidly expanding; it currently offers events in forty-two states (plus the District) and four Canadian provinces.  (Those looking for a broad sampling of culinary treats in such far-flung locations as Bend, Oregon, Plano, Texas or Edmonton, Alberta are now in luck.) Part of the fun of a D.C. Dishcrawl is that the neighborhoods and the venues change every time. The H Street crawl is just the latest; Dupont Circle and Adams Morgan were among the recent offerings. Since the names of the restaurants are not revealed beforehand, the entire event is somewhat shrouded in secrecy. The anticipation builds during 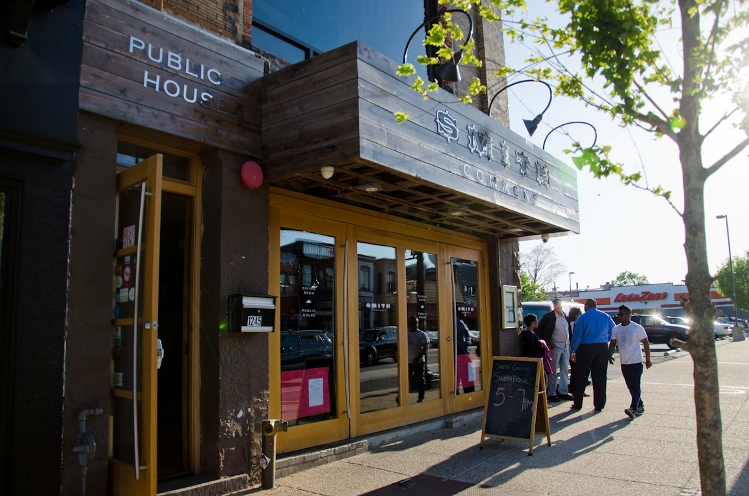 the short walks between courses.

Likewise, each Dishcrawl features a different mix of participants.  Ages on the most recent crawl ranged from college age to retired. Dishcrawl resists categorization as an activity geared strictly towards couples or singles. In the words of its website, “Our events are great date nights, and social enough to where you’ll make friends if you come alone!” True to its description, the recent H Street crawl was a social event.  Everyone, whether part of a couple or a group, or just traveling solo, spoke to everyone else – about the unseasonably warm spring weather, about the fortunes of the Washington Nationals for their 2013 campaign, about the H Street Corridor, which continues to flourish.

A diverse variety of culinary styles pairs well with the good company.  After the initial stop at Smith Commons, the first H Street crawl brought participants to TruOrleans for Cajun food, 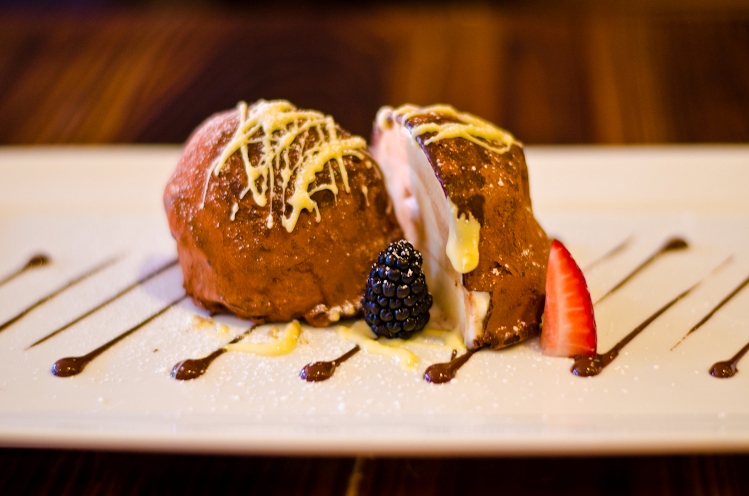 Hikari for a few rolls of sushi, and to top off the evening, H & Pizza, for a dessert pie.  Repeat crawlers report that generally, an equal amount of time is spent at each of the four stops, but on this night, Smith Commons stole the show. The crawl spent a disproportionate amount of time – almost an hour – assembled around the wooden table just behind the front window. Although Smith Commons gives the impression of an upscale pub, its fare is more than just the usual pub grub.  The Beat Caesar Salad ($10) is a bright mix of pinks and yellows, topped off with a creamy slathering of goat cheese.  The kitchen also does an unexpectedly authentic Ceviche ($10): cod and prawns in a tangy marinade of lemon, tomato and cilantro. A large beef tenderloin ($20) on a bed of creamy mashed potatoes was the topper to what could easily have been a full meal in itself.

There was more work to be done however: a walk of seven blocks (on the long side for Dishcrawl), brought the group to 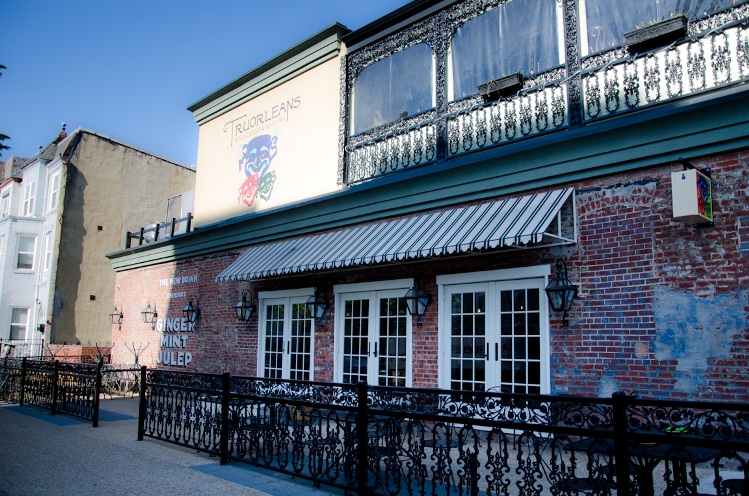 TruOrleans, H Street’s own tribute to Bourbon Street, complete with wrought iron black balconies and a soundtrack of lively jazz. Crawlers had scarcely washed down a few fried crab balls with a cold bottle of Abita before they were whisked away to Hikari, a serviceable sushi and sake bar located more towards the heart of H Street’s main strip. One spicy tuna roll later and it was on to the final destination, H & Pizza, for dessert (a decadent cherry pie/pizza pie hybrid).

Although Dishcrawl caters to those with eating restrictions, it has no menus, nor do customers have any input into where they are heading. Thus, adventurous eaters are likely to enjoy the experience most. Dishcrawlers attending the H Street event seemed more than happy to surrender autonomy to the tour guides.  For an evening of new friends, new eateries, and a relatively low price ($45), this adventure is one of the better deals in town. 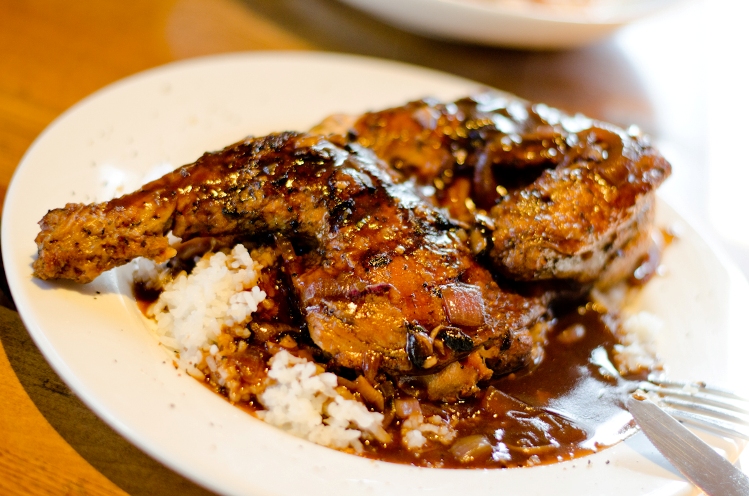 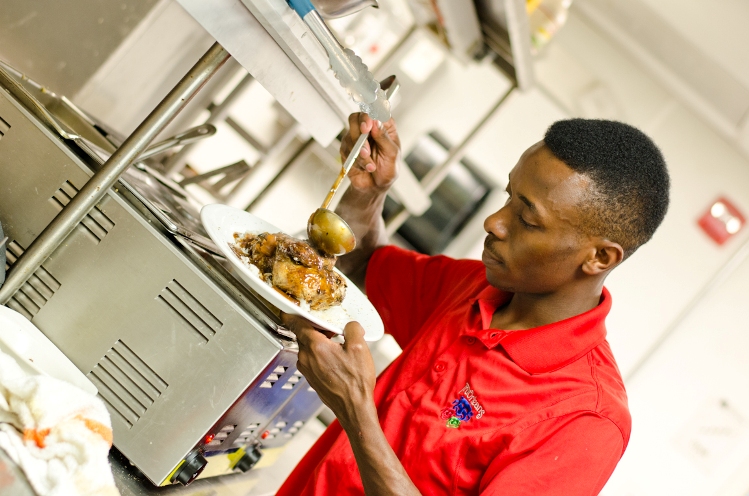