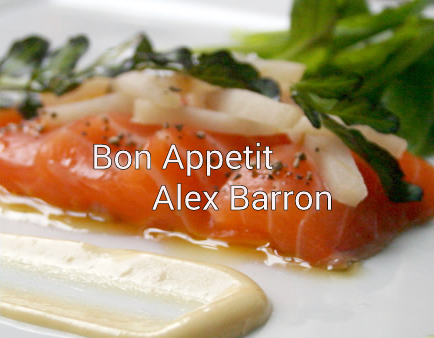 When Chef Jeff Tunks made the District of Columbia his permanent home in 1998 — after a previous stint there and a successful tenure in New Orleans — his new restaurant, D.C. Coast, announced his return with authority. There was (and still is) nothing subtle about Tunks’ seafood palace on K Street; a giant mermaid stands guard at the entrance of the cavernous dining room like the figurehead of a ship. Its high ceilings and oversized benches, as well as the glass candle covers on each table (decorated with images of D.C. landmarks) project an atmosphere of unapologetic grandiosity.

Seventeen years later, what was once the new kid on the block is now the center of an Empire. Tunks, now a veritable celebrity chef, also owns and operates such popular local fixtures as PassionFish, Acadiana and District Commons. By providing lobbyists with an ideal spot for weeknight wining and dining, and suburbanites with an excuse to make the trip downtown on weekends, D.C. Coast has also been a major contributing factor in the revitalization of K Street. The days when this area looked like a ghost town outside of working hours now seem like a distant memory.

These days, Tunks isn’t around every night, having handed the reins over to his capable protégé Miles Vaden, but his fingerprints are all over the menu. The “Coast” in the name is meant to emphasize all three of the U.S.’s coasts: the Gulf and the Pacific Rim, as well as the Atlantic. Tunks has spent significant time on all three, a truth that is reflected in the menu’s diverse styles of preparation. The appetizer section alone is a culinary tour of America. The kitchen adeptly handles simple, popular bites like the satisfyingly crispy Point Judith Calamari ($14) or the Coconut Crusted Shrimp ($15), served with an Asian ginger sauce that packs a tangy punch. And it does not shy away from more adventurous small dishes, like the Beef Carpaccio ($16) topped with a Cajun-inspired lobster ravigote. A dollop of beef and lobster on a grilled baguette makes for a deliciously creamy open-faced sandwich bite. One of the menu’s most memorable items is the melt-in-your-mouth Tahitian Style Tuna Tartare ($15), served in half a coconut. (“Lots of people like to cut up the coconut and eat it after they’re done with the tuna,” our server tells us – and it’s easy to see why. The sauce made from lime, cilantro and coconut milk is worthy of being scraped up with a spoon, long after the fish is gone.)

Tunks’ southern influence comes through on his Seafood Gumbo ($25), similar to the award-winning variation of the soup at Acadiana, but heavier on the seafood. A cornucopia of shellfish: crab, mussels, crawfish, shrimp, clams and oysters grace the smoky  roux. While the Catfish ($26) may be locally caught, the rich coconut curry sauce and side of fried rice make for an exotic, original variation. Pacific Coast influence is also apparent in the Chinese Style Smoked Lobster (market price), a signature dish in which chunks of lobster are served still in the claw, on a bed of stir-fried vegetables. A more traditional approach is taken with the Maine Diver Scallops ($28), which are well-seared, though quite salty. Although the spotlight is clearly on the seafood, the kitchen also serves up a solid New York Strip ($32), accompanied by a hearty mushroom ragu.

The building that houses D.C. Coast is reputedly the District’s first art-deco building, and management knows full well that the vintage environment calls for a good cocktail. Armed with one of the area’s largest arsenals of vodka, mixologists deliver several inspired originals – like the Honey Bee ($10), a sort of cousin of the Mojito with honey vodka, mint and lemonade. For dessert, a sharp Key Lime Pie ($8), topped with fluffy meringue, hits the spot. Tunks may have hit the big time, but clearly he is not content to rest on his laurels.  The spot that began his D.C. reign is as classy as ever, with no fear of  mixing things up a little.