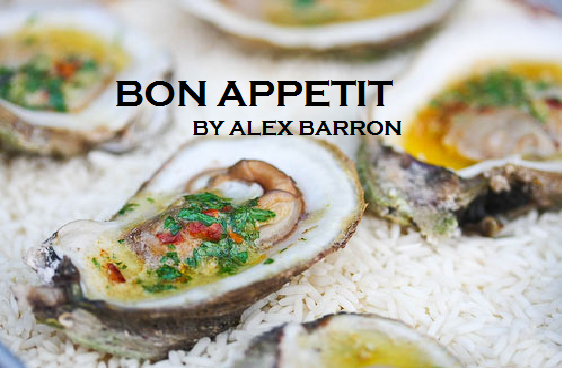 The decor at Copperwood Tavern stands at odds with the overarching design of the Village at Shirlington, a fashionable outdoor shopping mall that bears more than a passing resemblance to Disney’s Main Street USA. Outside, it’s all glitz and shine – especially at this time of the year, when colorful Christmas lights emblazon the iconic fountain in its main square. Inside the tavern, it’s a different story.  The 5,700 square foot dining room — conceived by highly regarded designer Maggie O’Neill (whose credits include Lincoln Restaurant, off Thomas Circle) — looks like a converted southern farmhouse. Wooden planks, tree stumps, antique farm tools and even an old canoe adorn the walls. Upon entering, patrons are immediately greeted with a burst of warmth and the pleasant aroma of roasted corn, both of which are particularly welcomed on a cold winter day.

While Shirlington is just barely in the south, the general vibe is Deep South all the way. Old stills and spigots call to mind a moonshiner’s den. Although he hails from Pennsylvania, owner Reese Gardner, one of the brains behind Dupont Circle’s equally cozy pub, Irish Whiskey, is more than happy to take the rural southern motif and run with it. In addition to offering twenty varieties of craft beer, the bar is stocked with just about every flavor of moonshine under the sun (legal, of course) as well as an extensive collection of bourbons. Many of them are from the North Carolina distillery Midnight Moon. The bar staff showcases both of these prime ingredients in several creative cocktails, like the Smokey Paloma, a potent mix of moonshine and tequila. Hot cocktails like the Brandy Warmer (Applejack, with reduction and nutmeg) are a warming comfort on a chilly night.

Copperwood Tavern prides itself on a farm-to-table approach. All ingredients are locally sourced from farms within a three-hour drive to Shirlington. Menus change with the season, but a few signature dishes have already become staples during the fifteen months of the tavern’s existence. Complimentary house-made cornbread, served with fragrant orange butter, is one of the kitchen’s relatively few concessions to southern cooking. The rest of the menu is something of a hodgepodge of modern comfort food staples.  Grilled Chincoteague Oysters (13 for $24) are a treat: a coating of Parmesan and garlic only enhances their briny natural taste. Scallops and Foie Gras ($12) are savory and decadent, served on a creamy bed of corn puree (the culprit behind that sweet smell, which greets all guests).

Entrees do tend to be pricy, especially considering that none of them come with side dishes. All sides must be ordered separately, but their portion sizes are massive. (Each one is served in its own moderately sized black iron skillet.) That being said, the Brown Ale Butter Chicken ($19) is an unusually flavorful, moist cut of breast meat. And the Ossabaw Pork Chop ($24) is nice and thick, with a maple glaze and apple chutney that create an “autumny” savory-sweetness.

Fried Brussels Sprouts ($8), well known as the bane of kids at dinner tables everywhere, are here transformed with the help of bacon and caramelized onions into addictively crispy snacks. The Truffled Mac ($10) oozes with creamy, decadent Gouda, as do the Mashed Potatoes ($9), another inspired take on an old comfort food stand-by. The Apple Maple Bread Pudding ($8) is a sweet and gooey highlight of the dessert menu.

Between Copperwood Tavern, Irish Whiskey, and Union Social (coming soon to NoMa), it seems that Gardner and his Wooden Nickel Bar Company are on to something. Copperwood Tavern quickly increased its following over the summer; its outdoor tables, each with their own blazing campfire as a centerpiece, were consistently full. But the tavern just might be at its best during the winter. Between the wooden décor, the hot cocktails and a bowl of steaming mac and cheese, Copperwood’s coziness is hard to match.