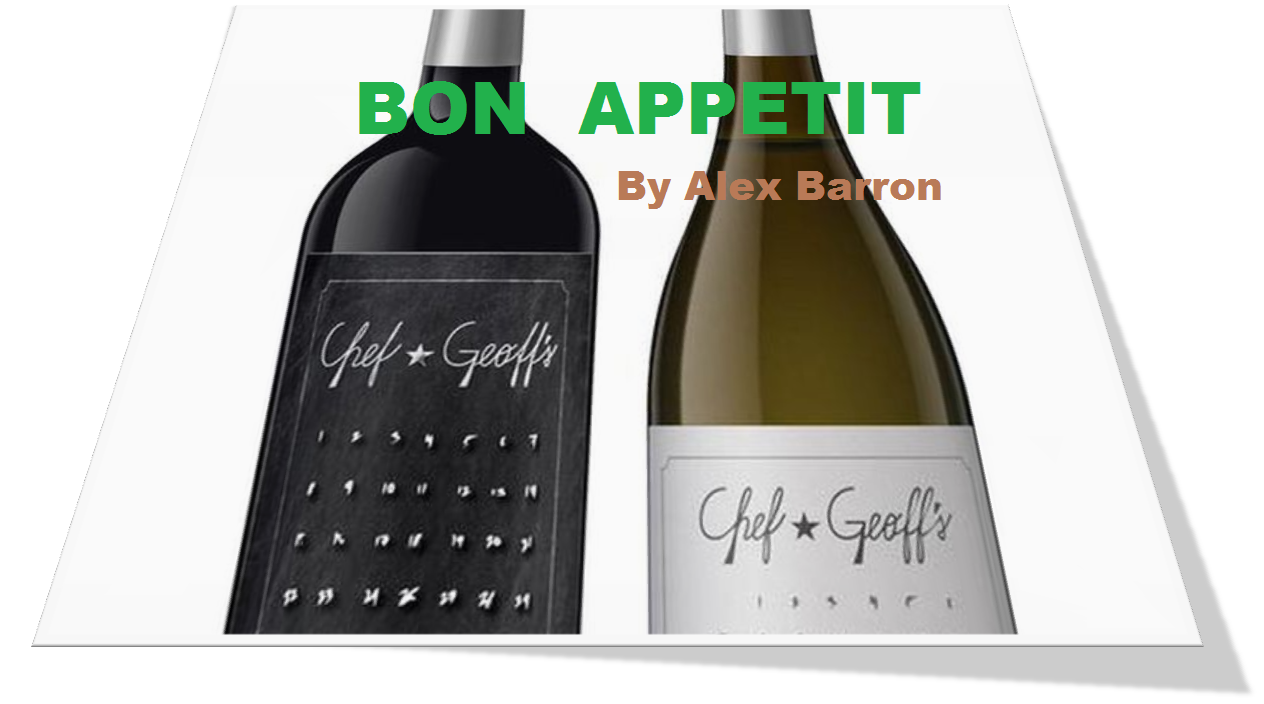 Italy and France are synonymous with European wine, but the world’s oldest wine growing is thought by some to be further east — in the Thracian Valley, a fertile area of present-day Bulgaria. Just how old are these wines? Homer gives them a shout-out in the Iliad. These days, the region is obscure to the casual drinker, but thanks to G&B Importers and its partnership with several area restaurants and shops, it is rapidly putting itself back on the map.

Chef Geoff’s Wines
Chef Geoff’s, which now offers a Bulgarian house wine, has embraced the Thracian Valley wholeheartedly. On its surface, this is a somewhat odd marriage; the downtown eatery is known for solid, unpretentious American standards. But one of the reasons for its enduring popularity is its affordability, especially relative to other restaurants in the area. That’s where Bulgarian wines come in: at $8-12 per bottle, they represent an outstanding value.

G&B distributes wines from several Bulgarian vineyards, the most highly touted of which is Bulgariana, which boasts five wines with ratings of 86 or more from Wine Enthusiast. Bulgariana excels at deep, rich reds, like a highly regarded 2011 Cabernet Savignon Syrah, which finishes with hints of chocolate and espresso, and a fruitier 2012 Cabernet. K Cellars, another of G&B’s most popular wineries, also offers several winners, such as its complex 2012 Merlot.

Most of these varietals, especially the darker ones, would make a fine accompaniment for a traditional Bulgarian kebapche (grilled minced meat, not unlike a sausage), but they also go just fine with a large American steak. Plenty of liquor stores in and around the beltway now carry the entire line of options from both Bulgariana and K Cellars, but Chef Geoff’s might be the best spot in town to discover a wine tradition old enough to be familiar to the likes of Alexander the Great.

Cuba Libre: Feliz Cumpleanos to the Cuban Favorite
The world has changed in the five years since Cuba Libre, the Cuban restaurant originally based in Philadelphia, opened a second location a few blocks down from the D.C. Convention Center. At the time of its opening, it was the closest to Havana that most Americans could legally get. The situation has changed since Cuba opened its borders to American tourism, and in fact Cuba Libre has taken advantage of the shift in travel policy by sponsoring its own culinary tour of Cuba – already sold out. But if the price of airfare still proves prohibitive, gastronomic tourists can still find an outstanding alternative on 9th and H St. NW.

Everything about Cuba Libre – from its palm-frond ceiling fans to its wrought iron balconies (indoors) to its stained glass arched window coverings – has been calculated to evoke the spirit of a sprawling Cuban villa. The meticulously designed interior is impressive enough, but the food lifts Cuba Libre above theme park status. Among the menu’s highlights are the three types of ceviche – shrimp, bay scallop and shrimp – all of them briny, citrusy blends of seafood and assorted veggies. Golden, crispy Empanadas come in trays of two, three or four ($12, $15, $20); the De La Casa version, with chicken, corn and Monterey Jack, is pleasantly sweet and cheesy. Various other fried treats, like Malanga Fritters and Manchego Spinach Puffs are well worth sampling.

While the kitchen specializes in small plates, it can also be counted on to serve up flavorful cuts of fish, chicken and steak. The Churrasco a la Cubana ($28.25) bursts with savory lemon and garlic, and the Citrus Chicken ($21.75) radiates with smoky chipotle.

Of course, a large percentage of adult patrons at a Cuban restaurant feel they have an obligation to order a mojito. The bar delivers, with around fifteen mojito varieties (and perhaps even more if you sub in one of the obscure rums in stock). Late night Salsa dancing, which doesn’t shut down until 3 AM on Fridays and Saturdays is just the icing on the cake (the mint in the mojito?) for Cuba Libre, still going strong as it enters its sixth year in the District.