You are at:Home»Featured»THE WHITE HOUSE – “You’re fired,” the norm at the White House reality show
Tweet 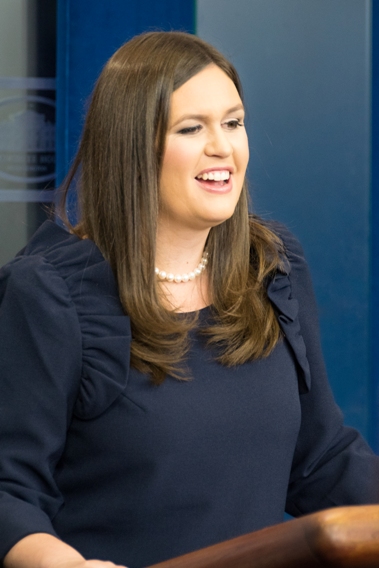 Another key shift in the White House has been the resignation of Press Secretary Sean Spicer. Spicer’s short time at the post was marked by a contentious relationship with the media. He was replaced by Sarah Huckabee Sanders, daughter of Arkansas politician Mike Huckabee and Spicer’s former deputy press secretary.

Huckabee Sanders led yesterday’s press conference, and she laid out the commander-in-chief’s plans to meet with his daughter Ivanka and Linda McMahon, the country’s small business administrator and former WWE CEO. The meeting, she claimed, would be helpful for small businesses to voice their concerns in an open forum.

Sanders then turned towards the press. The questions ranged from the administration’s stance on North Korea to 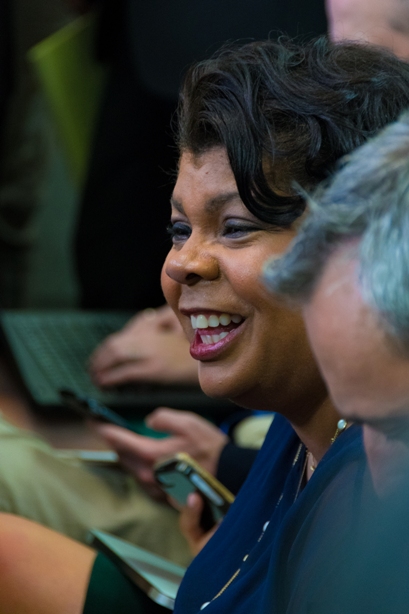 their questionable ties to Russia. The press secretary upheld the administration’s aim to be tough on North Korea. While the White House would not give details, Sanders said, “We’re keeping all options on the table.” She could not confirm how these policies would manifest, but made clear the president’s concern with “stopping the nuclear programs, stopping the missiles, and stopping the aggression.”

She also defended the White House in the ongoing Russia scandal. Recent allegations have suggested that Donald Trump Jr. met with a Russian lawyer to receive damaging information on Hilary Clinton during the 2016 election. Adding to the scrutiny is the rumor that President Trump “weighed in” on his son’s public statement after the scandal hit. Sanders took a defiant tone in her answers. “The democrats want to use this as a PR stunt,” she said, trying to redirect the attention to Hilary Clinton. Sanders then accused the media of trying to create false narratives about the office.

This accusation may have been a tad hypocritical, especially in light of a recent lawsuit surrounding the death of Seth Rich. Rich, a former DNC staffer, was murdered last summer in a botched robbery outside his home in the Bloomingdale neighborhood of Washington, D.C. 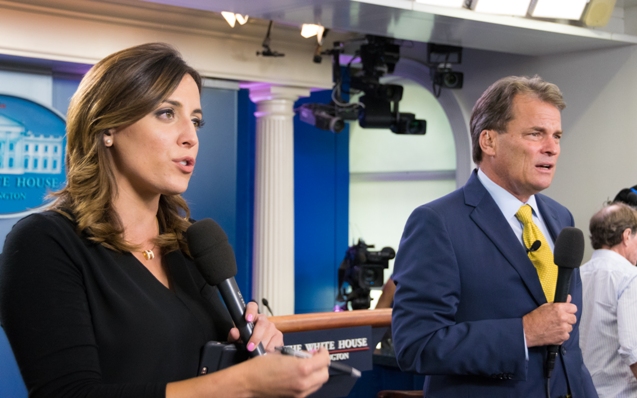 Conspiracy theorists have latched onto Rich’s death suggesting he was murdered for leaking the DNC e-mails last July. While the Metro Police Department has ruled out these claims, the story found traction in corners on the Internet.

In May, Fox News suggested that this internet conspiracy theory may have been true, only to retract it the next day. The story contained blatant false hoods and was, in fact, what the Trump administration has been calling “fake news.”

On Tuesday, the author, former Fox contributor Rod Wheeler, filed a lawsuit against Fox News saying that they published this false story with help from the White House. Last year, Wheeler had been hired by Ed Butowsky, a Dallas investor and Trump donor, to investigate Rich’s murder. In April, Wheeler met with Butowsky and former Press Secretary Sean Spicer to brief him on the story. Spicer tried to distance himself from the story, claiming he had taken the meeting only as a favor to Butowsky.

The lawsuit also includes text messages from Butowsky suggesting even deeper White House involvement. Butowsky messaged Wheeler saying that President Trump reviewed the story. Sanders blocked questions about the administration’s involvement with the lawsuit, saying “the president had no knowledge” of this deliberately false article.

After Wheeler’s article was published in May, Rich’s parents wrote an editorial in the Washington Post. The Rich’s pleaded for the public to stop using their son’s death for political agendas in the editorial.

This wouldn’t be the first time members of Trump’s circle have been involved with spreading conspiracy theories. The son of Trump’s short-lived NSA Advisor, Michael Flynn, helped push the #pizzagate conspiracy. This theory suggested that the DNC ran a sex trafficking ring out of Comet Ping Pong, a Washington, D.C. pizzeria. In January, Edgar Welch drove from North Carolina to investigate this conspiracy. He entered the restaurant with an AR-15, acting on these unfounded rumors.

With the recent lawsuit against the White House, it seems that the Trump administration and those close to it are spreading rumors and information without much regard to their truthfulness. This casual relationship is quite troubling and harmful to the American public.

Apart from the willingness to deceive the American people, this represents a blatant disregard for their safety and security. With the violence of #pizzagate still relevant, the revelations surrounding the Fox News article about Rich’s death are concerning.