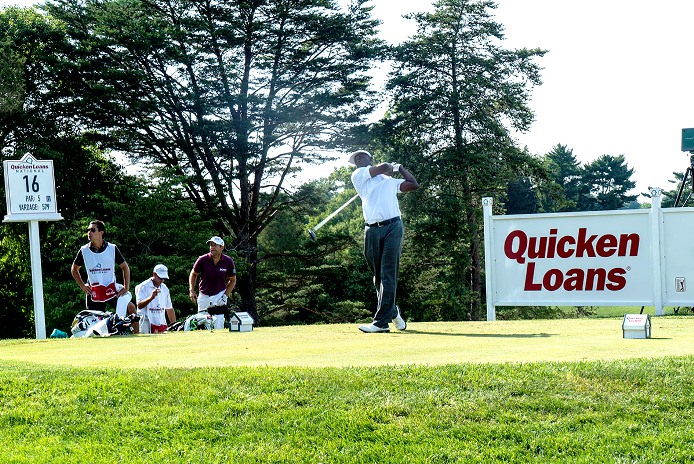 The Quicken Loans National, Tiger Woods’ tournament that brings him to Potomac, Maryland practically every year, ended with a hometown golfer winning his first PGA tour event. Less than 50 miles from where he grew up, he became a new, albeit slightly unlikely, champion.

Bill Hurley III, a Leesburg, Virginia native, was ranked 607th in the world and had not finished higher than 41st in his previous 11 starts prior to the Quicken Loans National. While his victory is a great story, his path to this victory wasn’t easy. After graduating from the Naval Academy in Annapolis, Maryland, he served five years in the Navy, delaying his foray into the professional golf world. 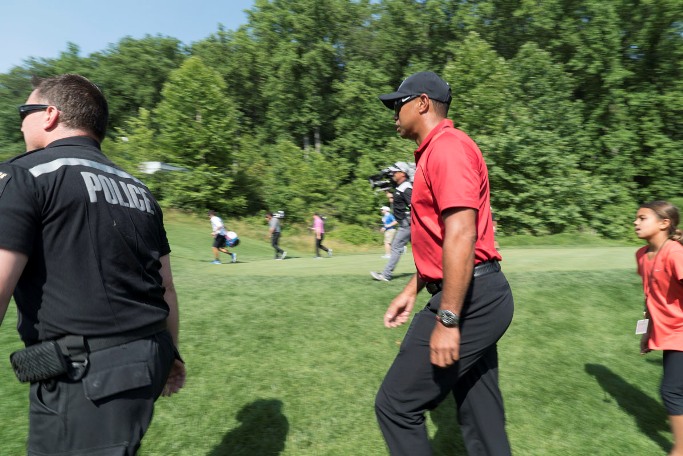 Then one year ago at this same tournament, Hurley was surrounded by the media–but for very different reasons. His father was missing, and he made an emotional plea during an impromptu press conference for help locating him. While the public pleas helped (The golfer’s father was found in Texas.), it wasn’t a happy ending. Hurley’s father took his own life a few weeks later. When asked about his father on Saturday, the golfer admitted to thinking about him often.

“You know, obviously, I think about my dad a lot,” Hurley said. “Today was interesting. I was walking from 9 t0 10, and I’ve never really had a whole lot of police officers following my group, you know. I’m not like that cool. But playing in the lead, you know, they have a couple police officers following you around. It dawned on me like hey, this is what my dad did. He walked inside the ropes and did this at Presidents Cups and stuff. So that kind of made me think about him for a second there between 9 and 10.”

Hurley led by three-strokes, which he maintained with pars on the final two holes to stave off challenges by Hall of Fame golfers Vijay Singh, who finished second, and Ernie Els, who finished fifth. He finished two-under par 69, completing 72 holes in 17-under par 267.

After his final putt to seal the victory, he received hugs from Els, as well as his wife and children. Woods, who had granted Hurley an exemption to compete in his tournament, embraced him when he exited the green.

“I can tell you one thing, meeting a lot of the servicemen and women of the years, I guarantee this golf stuff is a lot easier than what he used to do,” Woods said. “Let’s put it in perspective.”

For Hurley, the victory was obviously emotional, but also perhaps a harbinger for better days ahead.

“I said it yesterday, that I couldn’t think of a better tournament for my first PGA Tour win,” he said. “I’m just thrilled to have gotten it done today. It’s been a really hard year. So it’s nice to have something go well.”

While things are looking up for Hurley, things remain up in the air for Woods, who didn’t play this tournament. He hasn’t played 18 rounds of consecutive golf since his final round of the Wyndham Championship last fall.

“Well, I’m playing. I just need more time,” said Woods. “Still need to get strong, need to recover faster and that’s unfortunately going to take time, which I’m not a very patience person when it comes to that as you know over the years…This one I’m older, it takes a little longer to recover and to heal, and I’m going to do it right so I don’t have another surgery.”

When pressed if he planned to return before the end of the year, Woods was non-committal.