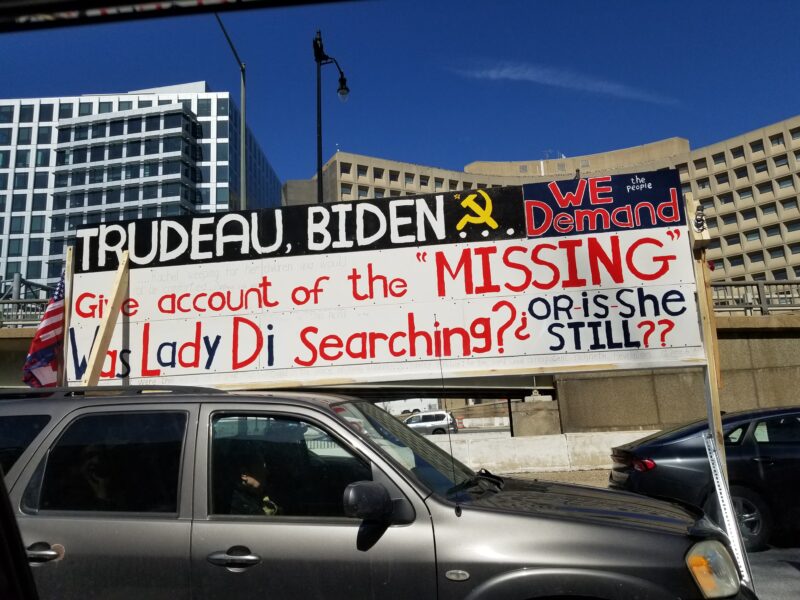 For Washington, D.C. drivers, March 14, 2022 was the day the truckers convoy came to town.  Drivers braving the downtown area were subjected to truck and car caravans with signs, flags (American and Canadian) and honking horns. The vehicle protest, supposedly against mask mandates, stalled traffic from as far as 395 in Virginia, running through the District to 495 in Maryland.  The convoy, a miles long traffic jam of truckers creeped along clogging the streets. 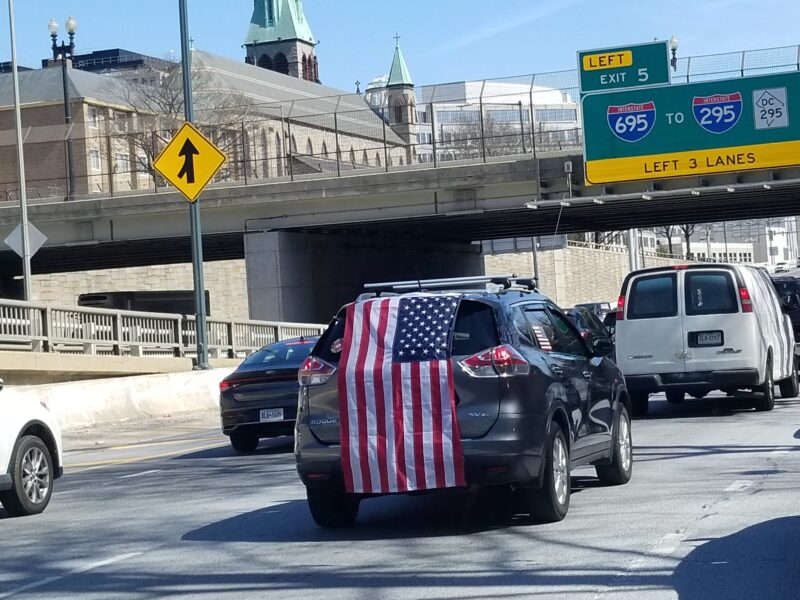 The clogs were exacerbated by roadblocks of city police at practically every exit along 395, forcing all traffic to travel to Maryland or Virginia in order to get off the highway.  Some motorists tried to turn around by crossing the median, but became stuck in mud, causing further pile-up. Some motorists experienced medical crisis and four emergency vehicles attempted to aid them, but prevented traffic movement as they blocked the streets while assisting the motorist. 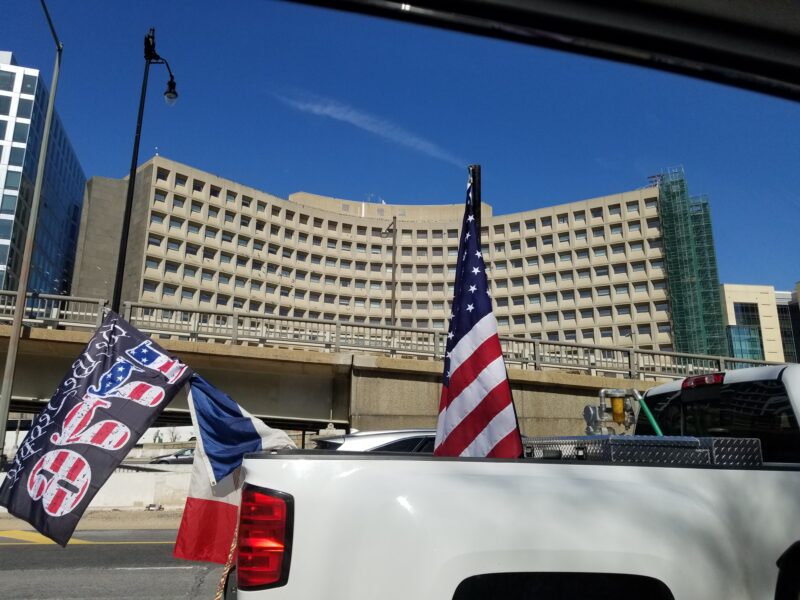