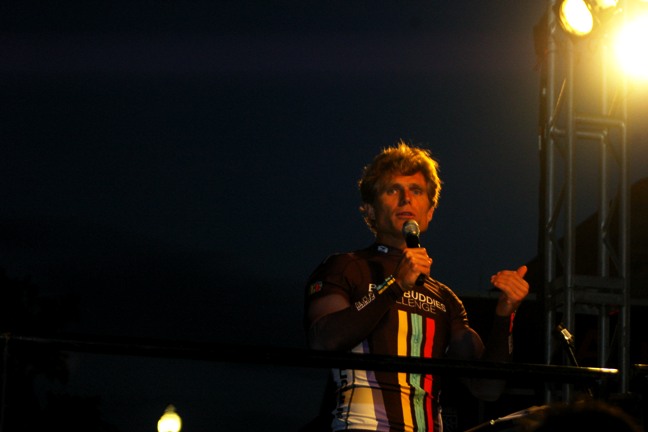 On Saturday, during a crisp autumn morning and at the foot of the Washington Monument in Washington, D.C., Anthony Shriver stood at the start line to begin the Best Buddies Challenge.  It was just before daybreak, as Marlana VanHoose, a 16-year-old girl, who is blind, took the stage and belted out a moving rendition of the Star Spangled Banner to a crowd of cheering racers.  The challenge includes three cycling events — the 100 mile route will be led by Tour de France cycling legend George Hincapie – along with the 5K run/walk Carl Lewis Challenge.  Shriver got the crowd warmed up and off to a start that would end at 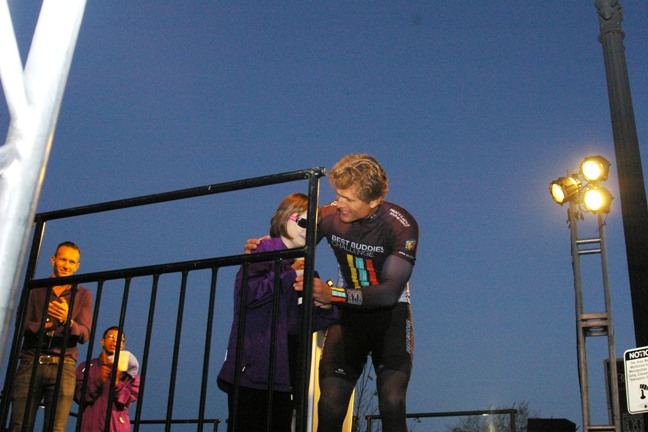 the Morven Park in Leesburg, Virginia.  The cyclists led the event trailing behind two Audi sports cars, as they sped through the start gate and into the streets of D.C.

The event in the District featured Ted Leonsis, CEO of Monumental Sports and owner of the Washington Capitals, Washington Mystics and Washington Wizards, and his wife Lynn Leonsis, who served as Honorary Chairs of the event, along with Best Buddies participant Ken Holden.  This year, Audi is the Title Sponsor.

Best Buddies International is a nonprofit organization founded by Shriver in 1989 and celebrates its 25 year anniversary this year.  The organization is dedicated to establishing a global volunteer movement that creates opportunities for one-to-one friendships, employment and 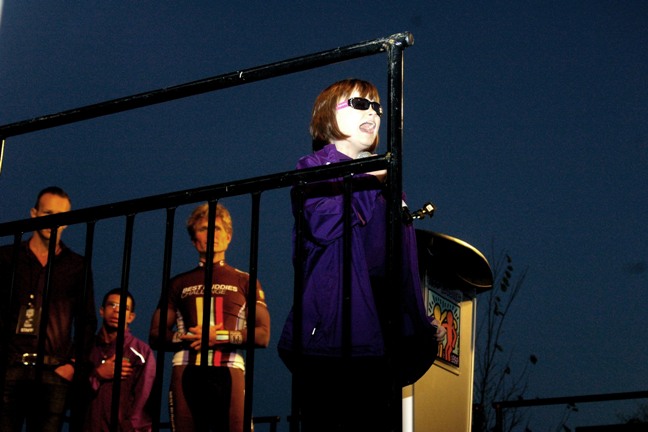 leadership development for people with

intellectual and developmental disabilities.  It has grown from one chapter to more than 1,700 chapters worldwide in middle schools, high schools, and colleges. Its chapters affect the lives of more than 800,000 people with or without disabilities.

If you would like to become a sponsor for the 2015 event or hire a Best Buddies participant with an intellectual and developmental disability into your company, contact Bethany Becker at 202-568-8031 or at BethanyBecker@bestbuddies.org or visit www.bestbuddieschallenge.org to learn about the I’m In To Hire movement. 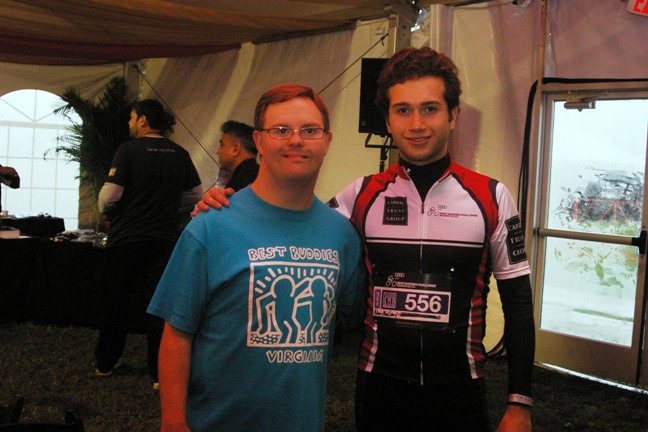