You are at:Home»Featured»IN THE SPOTLIGHT WITH WENDY THOMPSON – Jolene Ivey: ‘It’s all about the people,’ the quest for lieutenant governor
Tweet 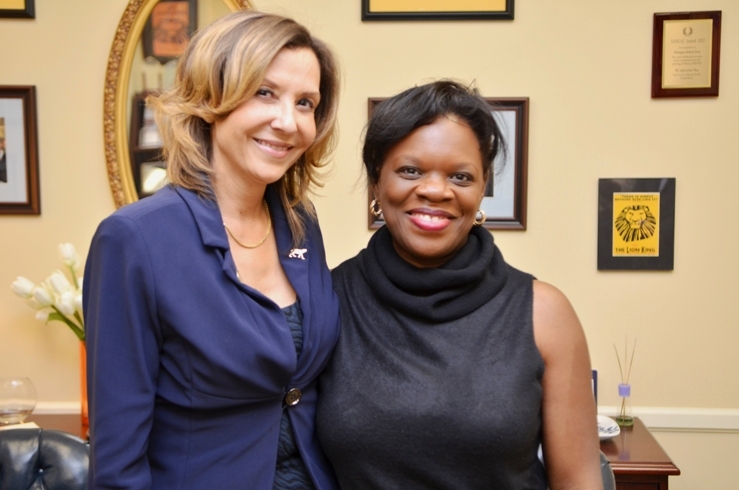 June 10, 2014
Ernesto McConnell
Reporter
In the Spotlight with Wendy Thompson
Wendy Thompson contributed to this article.

I don’t know that I do balance it. I think that when people talk about balance they’re kind of crazy. You’re just doing the best you can with every moment…Women’s issues are going to be at the top of my agenda.

— Jolene Ivey, speaking about her campaign for Maryland lieutenant governor 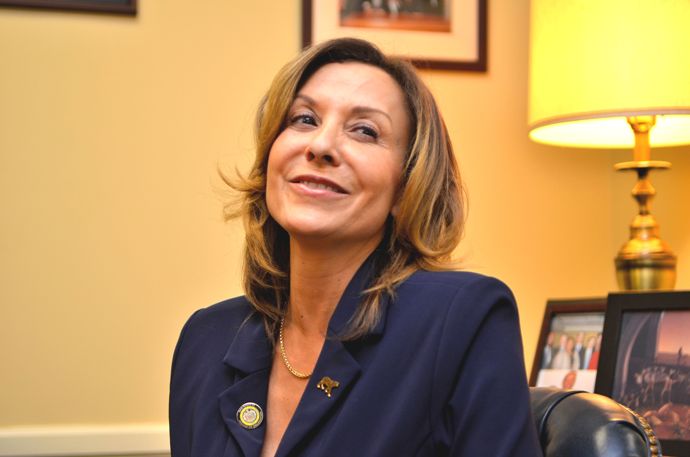 Recently the DC Spotlight was able to sit down with Jolene Ivey to discuss motherhood, politics, and the issues facing Marylanders during this upcoming election season. Ivey identifies herself as a wife, a public servant, and a working mother. She hopes to further her career and enlarge her political footprint by continuing to serve the people of Maryland as lieutenant governor.

“It’s all about the people” said Ivey, who is currently the representative for the 47th Legislative District (Prince George’s County) in the Maryland House of Delegates. She was selected by current Maryland Attorney General Doug Gansler as his running mate for the upcoming election and may prove to be the perfect partner for Gansler. She is running for lieutenant governor of Maryland, because she contends that she is “able to offer a different perspective than anyone else in the race.”

Ivey’s “different” perspective has been gained through her experiences in all aspects of life. Both her personal life and her professional career are noteworthy: Her father was a war hero in WWII and the Korean War, her husband is former State’s Attorney Glenn Ivey, and together the couple has raised five boys. If that isn’t impressive enough, her professional resume includes working for Jesse Jackson’s presidential campaign, working as press secretary for Ben Cardin, and producing, 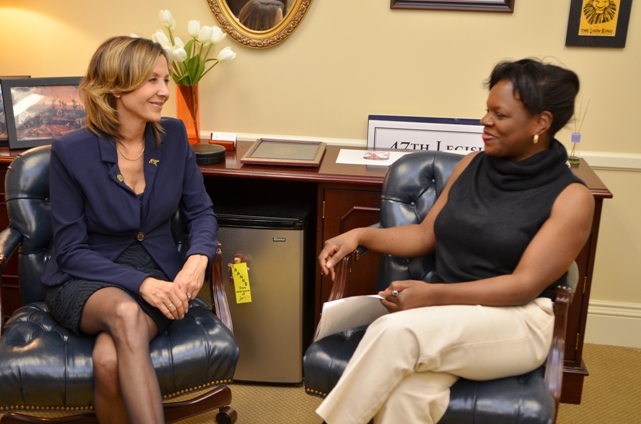 writing, and broadcasting for WMAR-TV in Baltimore.

Ivey’s plan for taking care of the residents of Maryland who are unheard seems to be built on a the strength the strength of her family values, and one may understand why if afforded the opportunity to listen to Ivey speak about her own family experiences.

“I came from a very loving home,” she recalled. “One thing that made the biggest difference for me…when I was in high school my step-mother retired. I went from being a latchkey kid, to a kid who came home in the evenings and there was my step-mother. She was there to talk to, to make me a snack, make sure I did my homework, and I liked it.” From her upbringing, Ivey was able to pass along the attention she received as a child to her own children, as she spent 16 years as a stay-at-home mom for her boys.

Nowadays, Ivey’s life is quite different; she is raising her family, holding office, and campaigning for lieutenant governor. When asked how she was able to balance her home life with her career, Ivey smilingly explained, “I don’t know that I do balance it. I think that when people talk about balance they’re kind of crazy. You’re just doing the best you can with every moment.”

In the House of Delegates, as well as if she is elected as lieutenant governor, she has and will use her strong family values as a platform for pushing important issues in Maryland. “It feels good to be able to make things happen for people who otherwise don’t have any help,” she said. Ivey is ready to bring women’s issues to the forefront of Maryland awareness. “Women’s issues are going to be at the top of my agenda,” she said, “and everything affects women, and everything affects family. So, whether that’s jobs, healthcare, or education, we can be sure that those issues will get special consideration.”

Although dedicated to family and women’s issues, Ivey can describe what she considers the largest problem facing voters in the state in two small words: “It’s jobs.” Ivey feels that Maryland residents deserve to make more money and get better jobs. She claims that the ability for residents to do so will only be the result of those holding office in Maryland. If elected, she hopes to help create better employment opportunities. The Gansler-Ivey team hopes to create these opportunities by making it possible for “more businesses to grow and remain in Maryland so that we can increase the number of jobs that are here,” she contended.

In regards to Gansler, Ivey remembers that they met 21 years ago when both her husband and Gansler were assistant U.S. attorneys in the District. When Gansler became state’s attorney for Montgomery County, Ivey’s husband also became state’s attorney in Prince George’s County. They both began working together and their families began to spend time together. When Ivey was elected to the Maryland House of Delegates, she said as she laughed, “I remember him stopping in my office when I was first elected, just paying his social calls to everyone. He kind of came in, sat on my desk and chatted me up,” she said. “You know it’s kind of funny, but he’s kind of casual, a real relaxed person. He has a lot of energy. I can never complain about being tired, because Doug’s already up before I wake up and he’s not in bed until long after I’ve gone to bed. And I work hard, so I figure if someone can outwork me, they’re doing something,” she chuckled.

Then came the running mate “proposal” as it were. Ivey said Gansler didn’t pick her initially. He had talks with her but “would end the conversation with ‘you know I can’t pick you. I’m going to pick someone from Baltimore. But if you were from Baltimore, I would definitely pick you.’” Then during one of their routine coffee meetings, Gansler casually asked her to join him and run, and the rest has become the story of their partnership and campaign.

Ivey’s affinity for Gansler rests squarely on the fact that he’s a man who seems to be very comfortable in his own skin. She said resolutely, “What I like about him is that he’s open-minded, he’s hard-working, and he’s real.” Ivey went on to say, “He’s very honest, straight forward, and he doesn’t mind ruffling a few feathers if it’s going to accomplish his goals. She also feels that both of them “are…very committed to looking out for people.” Together, Gansler and Ivey hope to close the educational achievement gap in Maryland. Ivey recognizes that Maryland’s education system is among the top in the nation, but feels that “things aren’t perfect. We have kids that aren’t getting a good education. It really seems to breakdown according to zip codes, and if you live in a zip code with lots of wealthy people, you’re going to a good school, but if you live in other areas, not so much,” she said.

This term will mark the end of Ivey’s stay in the House of Delegates, at least for the time being. As some may know–and as Ivey explained–it is not possible for a candidate to run for multiple offices, so win or lose in the race for lieutenant governor, she will be leaving the House of Delegates. When asked if was able to accomplish everything she hoped to in the House, Ivey admitted, “You’re never finished. There’s always more work to do…[I] obviously…have had a great career here.”

Ivey credits her husband and their children as her main sources of support. “They’re able to give me a lot of support, and they send encouraging texts and check in on me,” she said with great pride. In addition to her family, she is also grateful for the constant support of Gansler and their staff, as well as fellow delegate, Victor Ramirez. Ivey will continue to work hard, campaign hard, and be the mother her family has grown to depend on as the rock and strong matriarch she has always been. Then the voters will decide her political fate. Primary elections are set for June 24, 2014.