You are at:Home»Featured»IN THE SPOTLIGHT WITH WENDY THOMPSON – Ann Wilson: How Heart rocked America and the music continues today
Tweet 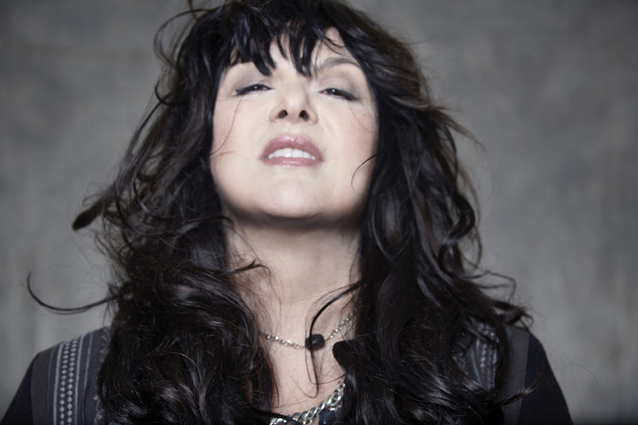 Ann Wilson of the band Heart began her career in music long before she graduated from high school and brought her sister Nancy along to complete a duo of rock stars who created such hits songs as “How do I get you alone?”, “What about love?”, “Theses Dreams”, “Crazy on You”, “Magic Man”, “Barracuda”, “All I want to do is make love to you”, “Dog and Butterfly”, “Nothing at All” and “Stranded” among others.  For several years, Wilson has been touring separately from Nancy as well as with the band.  Her solo “Ann Wilson of Heart Tour” will be in the Washington, D.C. metro area twice in March, where she plans to perform some of Heart’s greatest hits, some new songs and also cover some of rock’s greatest hits.  Wilson talked with the DC Spotlight Newspaper about her past, present, and future as well as the songs and musicians who inspired her illustrious career as one of America’s top rock singers.

Wendy Thompson     I’m glad we got this chance to talk today.  I am just mesmerized by your music.  It’s so phenomenal and you know and I know it’s internationally known around the world.  But I just want to say personally that I grew up on your music.  It was the soundtrack of my childhood.  I’m from the South, from Mississippi and even in the South, you were huge.  Heart was huge…I know the world knows your music, but just from my personal standpoint, I grew up on your music and it still resonates with me and I glad to finally meet you.

Wendy Thompson     I want to start first with a little bit about your childhood.  You were an army brat or a military brat?  You were traveling around with your parents when you were younger.

Wendy Thompson     Then when you graduated from high school, you moved on and decided to start a band?  How old were you when you started the band.

Wendy Thompson     So you inspired me and I’m sure you’ve inspired many many other girls.  Back then who made you see yourself in the position that you’re in right now?

Ann Wilson                The people who inspired me were all men.  Elton John, the Beatles, the Rolling Stones.  You know, the bands that were out on the radio at that time.  Led Zeppelin, Deep Purple.  Those were all the people I wanted to be like.

Wendy Thompson     So your sister Nancy, you guys shared a career together as Heart, but for this tour that you’re on right now, you’re solo.  What made you want to take that huge leap to go solo?

Ann Wilson                We both are doing the solo thing this year.  And we’ve toured with Heart every year…since we were young really, so we both just wanted to stretch out and do something different.  You know, get a breath.

Wendy Thompson     This is what I want to do.  I want to plug an album of yours from the past that I think is just superb, and you mentioned Elton John a few minutes ago.  The Hope and Glory  album that you released in 2006 is just superb and if any of our readers or listeners have not gotten that album, they need to get it.  Because on that album, you collaborated with Elton John, K. D. Lang, Allison Krauss, Wynonna Judd and just so many other people.  How did you make that happen?  How did you get all of them in a room?  You know what I mean?  How did you get them all on board?

Wendy Thompson     That is super!

Wendy Thompson     Is there like a story behind that song?

Ann Wilson                Well, I just was looking out my window one day and my dog — I had a big sheep dog at that point — and she was running around in the orchard next door chasing a butterfly.  Of course, she could never catch it, because she was a big galoot  of a dog.  But she wouldn’t stop trying.  That just struck me as physical manifestation of — a metaphor of people going after dreams.

Wendy Thompson     And you wrote that song?

Wendy Thompson     That is impressive.  That is such a beautiful song.  It almost brings me to tears when I listen to it even now.  It’s just so well-written.  So you also have an autobiography that you and your sister (Nancy) wrote together:  “Kicking and Dreaming”?  Is that correct?  In that autobiography, you guys like recount your journey to fame as Heart and you talk about your previous marriages, and your struggle with weight and other struggles.  We all have our struggles and everything, but what has been your hardest struggle and what has been your greatest success?

Ann Wilson                I think my hardest struggle has been doing all those life struggle but doing them in public.   Just…a lot of people have problems in love and problems with weight or alcohol or substances…or depression, or whatever it is, but they get to do it in private, you know.  And they don’t get written about in the newspaper…and that’s been sort of like a super big challenge for me in my life.  And then I’ll tell you my biggest success was knowing when the right moment was to give myself freely in love.  Because it’s so easy just to be self-protected all the time.

Wendy Thompson     Because you recently got married…

Wendy Thompson     And you have two kids you adopted?

Wendy Thompson     That’s wonderful.  So how old are your kids right now.

Wendy Thompson     Oh, that’s great.  That’s super.  So does any of your family travel with you?

Wendy Thompson     So you’re on this new tour?

Wendy Thompson     So you were at Rams Head in Annapolis this past week and you’ll be at the Birchmere on Wednesday…I know a lot of artists who come here and give concerts, but very few can do two shows in the same venue, in the same area.  So you must have a lot of people who love you around here, because it’s very hard for them to put two shows in the same area at about the same time.  So that’s pretty impressive.  So your fans, what will they see at your show; what will they hear?

Ann Wilson                They’ll hear just a few, not many, but just a few Heart songs re-imagined. They’ll hear some new songs I’ve written in the last year or so and they’ll hear some amazing covers that I really love that inspired me.  We have a full video program for every song on the video wall behind the band and it’s just a great little show.

Wendy Thompson     So let me ask you this, out of all your songs — I know songs are like babies — I wouldn’t say what’s your favorite one, because you probably have a lot of favorite ones.  But when you’re on stage and you’re like rocking out, which song is it that you’re like in heaven when you sing it?

Wendy Thompson     Is there a personal reason for that?

Ann Wilson                Oh, I just think it’s a beautiful song.  It’s universal to people who feel overwhelmed  and with their problems, reminding them that they have backup, they have friends, they have family.  They’re not alone in the world…I really like it.

Wendy Thompson     That’s a great mantra too:  Don’t give up.  So what are you working on now, what are your fans, what can we look for in the future from you?

Wendy Thompson     Well, it’s been great talking to you.  I can’t say enough about your music.  You know, I’m a little black kid from Mississippi and you influenced me and I can remember jumping from the sofa with air guitars to your music.  It was so cool trying to be like Heart.

Wendy Thompson     I really do appreciate your music.  I hope you have a great show at the Birchmere and I’m going to try to get out there to see it too.