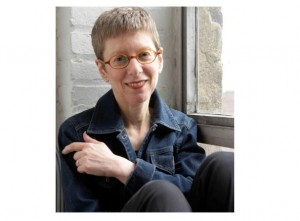 When Terry Gross stumbled into the field of broadcasting, it was almost as if the gods were calling to her and opening doors generally closed to others.  Today, she has a growing cult of followers and fans who expect unique interviews with a wide array of guests from James Brown to Bill O’Reilly to Elmo.  As she recalled the experiences on Friday night during her autobiographical one-woman show at Strathmore titled “All I Did Was Ask:  An Evening with Terry Gross,” it became evident as to why her popular NPR show “Fresh Air” garners more that 4.5 million listeners each day.  Gross, though petite in size, has an enormous persona and skilled comedian’s tongue.  As she glided from one topic to the next in the fully packed Music Hall at Strathmore, she was funny, irreverent, coy and extremely smart.

Though success appears to have arrived overnight for Gross, she recoiled when mentioning her illustrious former career as a teacher of eighth graders, where she failed miserably. In hindsight, she says it was an awful choice and an experience she would forever learn.  As a teacher in Buffalo, New York, the final straw would occur when, on beans and hot dogs day in the cafeteria, she found herself having difficulties keeping students in the classroom.  The situation spiralled down quickly and escalated into an enormous food fight.  As Gross turned to one student and remarked, “Dwayne is that a hot dog in your pocket?” she knew it was over.  Indeed, it was, and she was fired just before Christmas.  She gives thanks for that day, because pressure from her mother would not allow her to quit, so getting fired was golden.

Gross said she had always wanted to get into the media, but initially had no contacts or knowledge of the process.  She fondly remembered the day her roommate appeared as a feminist guest on “Women Power,” a local NPR show during the 1970s.  As her fellow roommates sat at home listening to the show, their roommate revealed to the audience that she was a lesbian and partner of the female host. She stated that they would be moving together to another area and the show would need a new host.  Gross took the job and the rest is NPR history.

As the night at Strathmore progressed, Gross recounted her fondest, strangest and overall worst interviews and guests throughout her career. A recent interview with Grover Norquist, the founder of the group Americans for Tax Reform, topped the list due to his comparison of the Holocaust to taxpayers paying higher taxes.  Another interview with Gene Simmons, the bassist and co-vocalist of the rock band Kiss.  This bizarre interview would descend into verbal jabs by both Simmons and Gross after Gross asked if Simmons wore fishnet stocking as part of his costume.  Simmons remarked that “fishnets are for catching fish.  No, I don’t wear fishnets.  Fire your researcher!”  From that point Simmons began to sexually berate Gross, to which Gross had two choices:  Chastise Simmons like a school teacher or punch back.  She chose to punch back with elegant words that ingeniously put Simmons in his place.

Still another interview with Bill O’Reilly found the conservative Fox News host ranting about “liberal bias” at NPR.  “This is NPR,” yelled O’Reilly.  “You’re easy on [Al] Franken, and hard on me.” Yet Gross begs to differ.  Even the sock puppet Triumph has gotten in on the fun by spoofing conservative critics who label Gross as bias.  Gross, however, disputes those suggestions.  Throughout the night, members of the audience and Gross herself roared with laughter as they listened to the controversial, the mundane and the sometimes obscene guests who were remembered for their distinct contributions to a show that has truly come into its own.

She ended the show with a poignant look at life and the unpredictability of death by using the suicide of singer Vic Chestnutt as evidence.  As she played his song, “Flirted With You All My Life” and recited the line “Oh Death, I’m Not Ready,” she left the audience with a bit of wisdom.  “I’ve learned the same things I already knew,” Gross concluded. “Life is short.  We all die and there’s a lot of pain.”  For Terry Gross, bridging the gap between newsmakers and audiences simply cannot be a painful experience, because the NPR host has perfected it so effortlessly.