Political leaders, celebrities will escort models with Down syndrome in fashion show 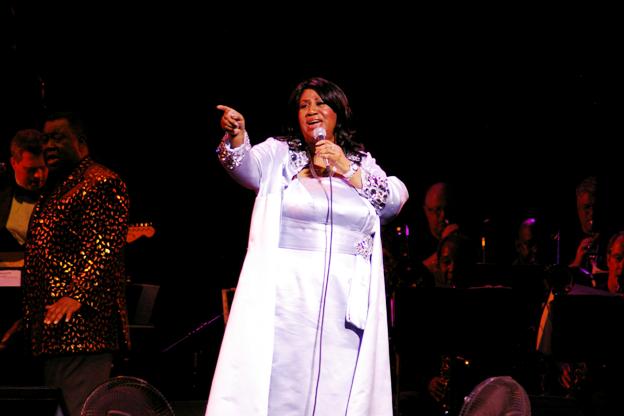 Hollen will be honored for their advocacy, the “Queen of Soul” Aretha Franklin will perform, and national news anchors Kyra Phillips and John Roberts will help raise awareness at the Global Down Syndrome Foundation’s Be Beautiful Be Yourself Gala on May 8 in Washington, D.C.

They join other congressional leaders, famous sports personalities and celebrities who will escort models with Down syndrome in a fashion show that highlights the abilities and achievements of people with Down syndrome while raising money for research at the Linda Crnic Institute for Down Syndrome, the first academic home in the U.S. solely committed to research and medical care for people with the condition.

The Global Down Syndrome Foundation’s Be Beautiful Be Yourself Gala will be at the Ritz-Carlton Washington DC, 1150 22nd Street N.W. The event begins at 6 p.m. May 8 with a cocktail reception, followed by dinner, the fashion show and a live auction at 7:15 p.m. Capping the evening will be a performance by “Queen of Soul” Aretha Franklin.

CNN anchor Kyra Phillips will be the emcee for the Gala, and Fox News anchor John Roberts will be among the model escorts.

McMorris Rodgers, R-Wash., and Van Hollen, D-Md., are receiving the Quincy Jones Exceptional Advocacy Award for their work to improve the lives of people with Down syndrome as co-chairs of the Congressional Down Syndrome Caucus. Past award recipients include Sen. Tom Harkin and Rep. Pete Sessions, who were honored at the first Be Beautiful Be Yourself DC Gala in 2011.

McMorris Rodgers’ son, Cole Rodgers, who happens to have Down syndrome, is the Global Down Syndrome Foundation’s 2013 Ambassador. He will be joined at the event by past Ambassadors DeOndra Dixon and Alex Sessions, Pete Sessions’ son.

Nearly 60 members of Congress have already signed on as members of the Be Beautiful Be Yourself Gala Honorary Host Committee, and several will attend the event.

“We are honored to be presenting the Quincy Jones Exceptional Advocacy Award to two leaders who consistently stand up for the rights of the differently-abled and use their power to improve the lives of people with Down syndrome,” said Michelle Sie Whitten, executive director of the Global Down Syndrome Foundation. “We need to educate our lawmakers in Washington about the disparity in research funding for Down syndrome, and encourage them to follow the lead of Cathy McMorris Rodgers and Chris Van Hollen.”

Despite being the most frequently occurring genetic condition, affecting 1 in 690 births in the U.S., Down syndrome is the least-funded genetic condition by the National Institutes of Health.

The Gala’s retail sponsor is Bloomingdale’s.

For more information, go to www.globaldownsyndrome.org or www.BeBeautifulBeYourself.org. Credentialed press are invited to cover the event.