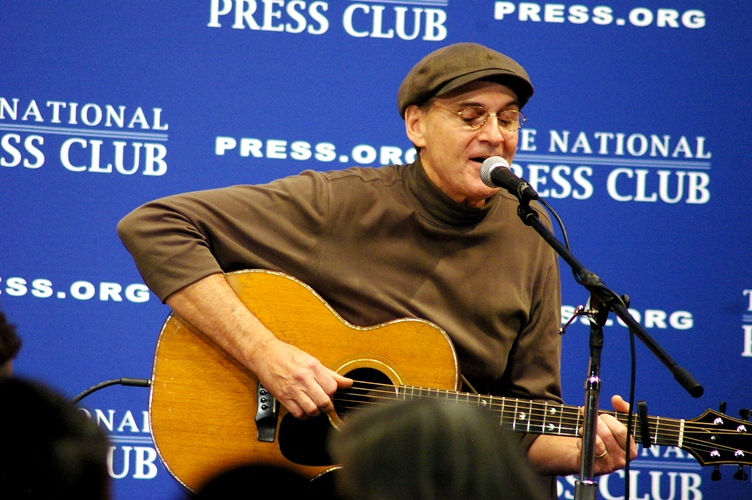 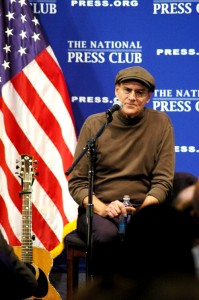 On Friday, December 7th, singer James Taylor made an appearance in Washington, DC, at the National Press Club.  The singer of such musical mainstays as “Copperline”, “Show the People,” “Carolina on My Mind,” and “Fire and Rain” gave the audience a few of his famous renditions, after describing his meteoric climb to fame, having been discovered by the Beatles. The appearance in Washington, billed as a speech on politics, included music as well.  He spoke of the George W. Bush and Dick Cheney administration and sang the politically motivated song “Line ‘Em Up” with references to Richard Nixon.

Taylor, an avid and staunch Democrat, remembered his father as a loyal Democrat as well.  During his speech, he noted that his father would have been happy to see the swearing in of President Barack Obama. 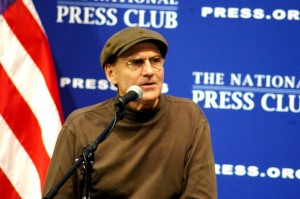 Taylor remarked to the large crowd that he had been asked by musician John Williams – who composed the soundtrack for the movie Lincoln – to play the lead role of President Abraham Lincoln in the movie.  “John wanted me to play that part,” Taylor joked.  “He actually stood up for me there and suggested me at one point.  It was never going to happen.”