You are at:Home»CHECK IN»CHECK IN – Daily News, Weather and Sports Scores – March 4, 2016
Tweet

QB Kirk Cousins who broke many franchise records last season, as the full-time starter for the first time was scheduled to become an unrestricted free agent. He signed his 1-year $20 million franchise contract offered by the Redskins. This allows the team a chance to work on a long-term contract extension to keep the signal caller out of Michigan. “I think I want to be where I am wanted,” Cousins said.

Emadeldin Elsayed, 23, a flight student from Egypt, was arrested last month at the Los Angeles area flight school he attends. A Facebook post he wrote on his page is causing him to face deportation.  He wrote that he was willing to serve a life sentence for killing Donald Trump and that the world would thank him. Elsayed, who is being held in a jail in Orange county is seeing his dreams of becoming a pilot vanish due to a foolish social media post. “It seems like the government was not able to get a criminal charge to stick on him, so they used the immigration process to have him leave the country,” Hani Bushra said, Elsayed’s attorney.

“He’s always calling me Little Marco. And I’ll admit he’s taller than me. He’s like 6’2, which is why I don’t understand why his hands are the size of someone who is 5’2,” Rubio said in Virginia on Sunday. “And you know what they say about men with small hands? You can’t trust them.” On Thursday night Donald Trump defended the size of his penis by showing off the size of his hands and suggesting that there were no problems with the size of his hands or anything else.

In 2014, Lady Gaga went public about being raped when she was 19. Not everyone in her family knew about it until she performed “Til It Happens to You” at the Academy Awards. Lady Gaga explained in a post that she was too ashamed and too afraid to discuss her rape with her family, because she’s Catholic.  She knew it was evil and thought it was her fault. “I thought it was my fault for ten years,” she wrote in her Instagram post. “The morning after the Oscars when I talked to my grandmother Ronnie, with tears in her eyes I could hear them welling through the phone, she said to me ‘My darling granddaughter, I’ve never been more proud of you than I am today.’ ” 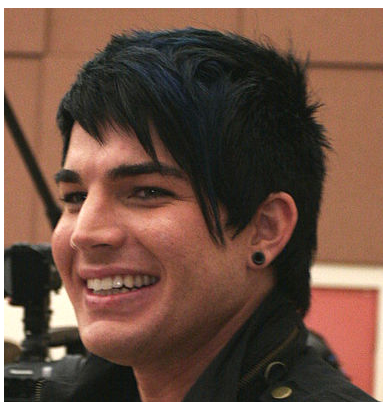 “Want to change your situation? Change your friends, entertainment, and excuses.”  Joe Lesher