On Tuesday, two Republicans on the House Benghazi Committee blasted Hillary Clinton and the Obama administration for “a tragic failure of leadership” before the Benghazi attack in 2012. Reps. Mike Pompeo and Jim Jordan accused the administration of covering up facts about Benghazi in order to avoid damaging President Barack Obama’s re-election campaign. “What we did find was a tragic failure of leadership — in the run up to the attack and the night of — and an administration that, so blinded by politics and its desire to win an election, disregarded a basic duty of government: Tell the people the truth,” the congressmen wrote. “And for those reasons Benghazi is and always will be, an American tragedy.” The congressmen also wrote that the administration did not do everything it could to save Americans during the attack.

During a live performance at the Glastonbury Festival in England on Saturday night, singer Adele cursed a total of 33 times during her 90 minute set, which was being broadcast live by the BBC. Several twitter users used the social media platform to voice their unhappy concert reviews. Richard Tominlinson tweeted: “Great set by @Adele but did she have to swear so much?” Twitter user Mirjam van Erkelens wrote, We’re still on ‘Hello’ and she’s already spent her fee on the swear box.” The Grammy-winning singer is well aware of her tendency to use curse words, it seems, as she joked about it on stage. “Do you know how rock ‘n’ roll I am? Not very, but the BBC had to give me a warning about my potty mouth before I went on. I bet Muse didn’t get that,” she said.

After a suspect wouldn’t drop his weapon, D.C. police officers shot and killed the suspect on Monday night in Northeast D.C. The weapon the suspect was holding turned out to be a BB gun. Police say they received reports of a man with a gun at the 100 block of Varnum Street, shortly before 10:30 p.m. Monday. Police demanded several times that the man put down the weapon, but he instead pointed it at the officers, who fired. The man was taken to a hospital in critical condition, but later died. Police recovered the weapon afterwards and discovered that it was a BB gun. The suspect has not yet been identified.

The Supreme Court overturned the corruption conviction of former Virginia Gov. Bob McDonnell in a unanimous decision. The court agreed with McDonnell’s argument that the instructions given to the federal jury in Richmond were too vague. With this decision, the case will go back to the Fourth Circuit Court of Appeals to determine whether enough evidence exists to convict McDonnell. If so, the case would be retried. “There is no doubt that this case is distasteful; it may be worse than that. But our concern is not with tawdry tales of Ferraris, Rolexes, and ball gowns. It is instead with the broader legal implications of the Government’s boundless interpretation of the federal bribery statute. A more limited interpretation of the term ‘official act’ leaves ample room for prosecuting corruption, while comporting with the text of the statute and the precedent of this Court,” Chief Justice John Roberts wrote.

According to police Commissioner Kevin Davis, after a vigil that was held for slain Baltimore rapper Tyriece Watson on Monday, police arrested three people on disorderly conduct and other charges. “This was a largely peaceful gathering of people who cared for this young man that this city really, really loved,” Davis said at a news briefing. “This gathering tonight included just a couple people who decided to act in their own self-interest and agitate the crowd.” Tyriece Watson, who went by the stage name “Lor Scoota,” was shot and killed while driving in his car Saturday night. The vigil for Watson began around 5 p.m. Monday evening, and the crowd continued to grow. Eventually police ordered the crowd to disperse, people ignored them and a standoff ensued. 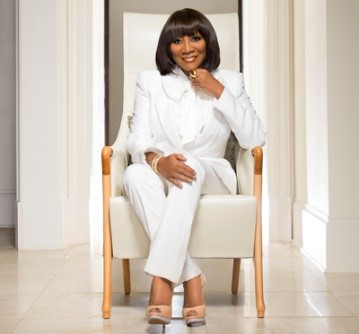 “Remember when life’s path is steep to keep your mind even.” – Horace