Vice President Joe Biden is planning to denounce Donald Trump’s proposed foreign policy on Monday. “Our leadership does not spring from some inherent American magic — it never has. We earn it — over and over — through hard work and discipline,” Biden will say, according to excerpts of his prepared remarks. “That’s what has always made America great,” Biden will say. “Not empty bluster. Not a sense of entitlement that fundamentally disrespects our partners. Not the attitude and insecurity of a bully.” Along with President Barack Obama, Biden has endorsed Democratic nominee Hillary Clinton. Biden will say that Trump’s platform “will only make the problem worse” and “plays into the narrative of extremists.”

Twenty-seven-year-old actor Anton Yelchin, most known for his role as Chekov in the most recent installments of the “Star Trek” movies, died early Sunday morning in a freak car accident. According to Jennifer Houser with the Los Angeles Police Department, when Yelchin stepped out of his car at his home at around 1:10 a.m., the car slid backwards and pinned him against a brick pillar and security fence. The trauma caused by the accident led to his death. “The victim was on his way to meet his friends for a rehearsal and when he didn’t show up, his friends went to his house where they found him deceased by his car,” Houser said. “It appears that he momentarily left his car, leaving it in the driveway. He was behind the vehicle when it rolled backward and pinned him to the brick pillar causing the trauma that led to his death.”

Two people were injured Sunday after a large tree branch fell on them in D.C. near the National Mall. According to D.C. Fire and EMS, the branch fell near the Natural History Museum, near 9th Street and Constitution Avenue Northwest. Some people were able to move out of the way when they heard the branch breaking, but two people were hit. They were taken to the hospital but suffered minor injuries and are expected to recover. Two right lanes on Constitution Avenue were blocked.

U.S. Army Secretary Eric Fanning is officially starting his new job with a ceremonial arrival in Arlington, Virginia. Fanning is being welcomed by Defense Secretary Ashton Carter and Army Chief of Staff Gen. Mark Milley on Monday near the Pentagon at Summerall Field at Joint Base Myer-Henderson Hall. Fanning is the first openly gay person to lead one of the nation’s military service branches and was sworn in May 19 as the civilian head of the Army.

Closing arguments have been set in the trial of Baltimore police officer Caesar Goodson. Goodson is charged with murder for the death of prisoner Freddie Gray whose neck was broken in the back of a police transport van. Attorneys will make their closing arguments Monday morning. While Goodson’s defense attorneys maintain their client did nothing wrong, prosecutors say Goodson gave Gray a rough ride resulting in his fatal injury. Goodson declined to testify in defense of himself Friday. 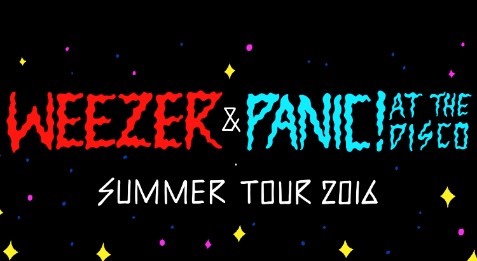 “Nothing is particularly hard if you divide it into small jobs.” – Henry Ford