Obama goes on the attack against Trump

President Barack Obama turned the tables on Donald Trump on Tuesday by accusing Trump of being the one who is un-American. Obama’s remarks were motivated by his disgust over Trump’s response to the Orlando shooting. After the shooting, Trump hinted that the President was complicit of Islamic terror attacks, and renewed his idea of banning all Muslims from immigrating into the country. “That’s not the America we want,” Obama said. “It doesn’t reflect our democratic ideals. It will make us less safe.” The President drew an analogy between Trump’s call for a ban on Muslim immigration and some of the lowest points in the country’s history of mistreating its people. “If we ever abandon those values, we would not only make it a lot easier to radicalize people here and around the world, but we would have betrayed the very things we are trying to protect,” Obama said.

Kanye West has announced his “Saint Pablo Tour,” which will start August 25 at Banker’s Life Arena in Indianapolis, Indiana. The tour includes more than 30 dates across the United States and Canada, including stops in Chicago, Washington, DC and Miami. The tour wraps up October 29 in Las Vegas. Tickets will go on sale to the general public Saturday. This will be West’s first tour in three years. West was slated to perform a surprise concert after his performance at Governors Ball was canceled due to bad weather. However, the venue where West was supposed to perform, Webster Hall, announced that there would actually be no performance, leaving many fans disappointed.

Obama to meet with Dalai Lama on Wednesday

President Barack Obama will meet with the Dalai Lama on Wednesday at the White House. China’s Foreign Ministry said it was firmly opposed to the meeting. “We need to emphasize that the Tibetan issue is China’s internal affairs and other countries do not have any right to interfere with this,” spokesman Lu Kang told a daily media briefing. Lu said the U.S. government should recognize “Tibet as part of China, and not support Tibetan independence or any separatist activities.” The Dalai Lama is accused of campaigning to split Tibet from the rule of China. However, he says that he only wants more autonomy under Chinese rule. News media coverage of the meeting has been barred, and the meeting will be held in the Map Room instead of the Oval Office.

A man who violently attacked a lawyer and his wife inside their McLean home has been found guilty. Andrew Schmuhl was convicted Tuesday of all seven charges, including aggravated malicious wounding, for attacking Leo Fisher and Sue Duncan. Schmuhl tortured Fisher and Duncan in their home in November 2014, after Schmuhl’s wife was fired from Fisher’s farm. According to authorities, Schmuhl stunned Fisher with a stun gun, tied him up and then slit his throat. He then stabbed Duncan and shot at her, but missed. Schmuhl’s attorney argued that his client was heavily intoxicated by opiate prescription drugs at the time of the attack and that he didn’t know what he was doing.

Georgia Department of Natural Resources spokesman Mark McKinnon says the body of a 34-year-old Maryland man has been found in Lake Lanier, reports the Atlanta Journal-Constitution. The man was found dead in Bald Ridge Creek on Sunday. The man was tubing behind a boat when he died, McKinnon says, but he does not know the cause of death. The man’s identity is being withheld until his family is notified. The investigation is ongoing and no charges have been filed, McKinnon said. The man is the sixth person to die at Lake Lanier this year. 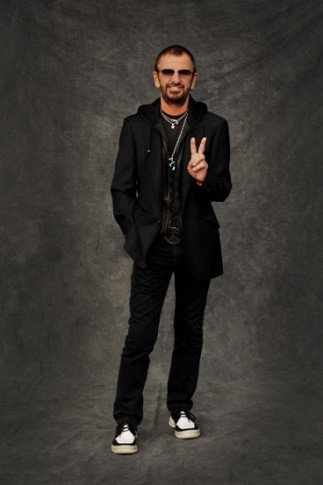 “Begin with the end in mind.” – Stephen R. Covey