You are at:Home»CHECK IN»CHECK IN – Daily News, Weather and Sports Scores – February 12, 2016
Tweet

On Thursday night, Hillary Clinton and Bernie Sanders met for the first post-New Hampshire primary debate at the University of Wisconsin-Milwaukee. The two candidates are hoping to overtake one another in what has been a close race thus far. At one point the candidates engaged in a discourse regarding their opinions of current president, Barrack Obama. Clinton accused Sanders of having previously saying president Obama was a “disappointment”; however, Sanders countered stating, “one of us ran against Barrack Obama, I was not that candidate.”

After the ring leader of the Oregon militia, Ammon Bundy, was captured by federal authorities a few weeks ago, the remaining four militants at the Malheur Wildlife Refuge have surrendered.The makeshift militia initially seized the wildlife refuge to protest current federal land regulations, which they claimed are unconstitutional. While three militants surrendered without much coaxing earlier on Thursday, the last militant to leave, David Fry, 27, did not surrender until late Thursday night. Fry stated, “I will not die as a slave to this system. I am a free man. I will die a free man.”

Metro Transit Police are taking new steps to ensure passenger security after a string of violence. Metro Transit police will be giving officers high visibility tests which will test how visible officers actually are within a metro crowd. Metro authorities are confident if they increase the visible presence of police, the recent violence will not be as much of an issue. Metro board chairman Jack Evans stated, “We will make sure that people feel safe getting on our system.”

Virginia Governor Terry McAuliffe has stated that this year’s enrollment in health care plans through healthcare.gov has exceeded expectations. A record-breaking 421,900 Virginians received their health insurance through the government program.  Currently, there are 12.7 million people nationwide enrolled in insurance plans through the Affordable Care Act. McAuliffe has stated the enrollment shows that Virginians “recognize the value of high quality health care.”

Barry Manilow rushed to hospital due to surgery complications

72-year-old singer Barry Manilow was rushed to the hospital shortly after playing a sold-out show in Los Angeles. Manilow’s management has stated that he was rushed to the hospital after “complications from emergency oral surgery.” Manilow has since postponed his upcoming tour dates. He has suffered many health scares over his career after a benign tumor ruptured in his mouth in 1986. 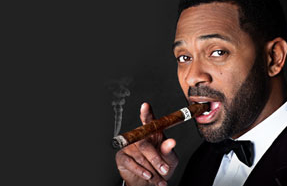 “If you have built castles in the air, your work need not be lost; that is where they should be. Now put the foundations under them.”