You are at:Home»CHECK IN»Check In – Daily News, Weather and Sports Scores – August 2, 2016
Tweet

Sally Bradshaw, Jeb Bush’s top adviser, has left the Republican party to become an independent and says she’ll vote for Hillary Clinton if the presidential race is close in Florida. Bradshaw officially switched her registration to unaffiliated and said in an email interview with Jamie Gangel that the GOP is “at a crossroads and have nominated a total narcissist — a misogynist — a bigot.” She continued, “This is a time when country has to take priority over political parties. Donald Trump cannot be elected president.” Bradshaw’s departure from the Republican Party after years of working closely with the Bush family – she began her career working for George H.W. Bush’s 1988 campaign – is the latest sign of a respected member of the GOP turning against Trump. “This election cycle is a test,” Bradshaw said. “As much as I don’t want another four years of (President Barack) Obama’s policies, I can’t look my children in the eye and tell them I voted for Donald Trump. I can’t tell them to love their neighbor and treat others the way they wanted to be treated, and then vote for Donald Trump. I won’t do it.”

“The Bachelorette” star JoJo Fletcher handed out the final rose on season 12’s finale Monday night to contestant Jordan Rodgers. Rodgers, the brother of famous NFL football player Aaron Rodgers, proposed to Fletcher, saying, “I love you so much. I fell in love with us first … you made me believe that love doesn’t need to have scripts … I’m looking in your eyes and I know … you’re my best friend and my soulmate and I want to choose you over and over and over again.” Fletcher accepted his proposal and the two are engaged. While the couple hasn’t set a wedding date yet, the two announced on the show that they hope to get married sometime next year.

D.C. police are looking for three suspects connected to a kidnapping and sexual assault that happened near Montana and Saratoga Avenue Northeast. The three suspects abducted a female victim Thursday, July 28, around 8 a.m. while walking on Montana Avenue Northeast and took the victim into their dark-colored SUV or van. They then drove to an unknown location where they sexually assaulted the victim, police say. The identities of the suspects are still not known at this time, but police have released descriptions of the suspects.

The City of Richmond and VCU Police are planning to hold an active shooter training exercise at Virginia Commonwealth University on Wednesday at the Monroe Park Campus. Officers will simulate a situation in which a single shooter is in the Shafer Street Playhouse, including simulated sounds of gunfire and crowd panic. Officers say residents and businesses in the area will be notified of the drill through mail and social media. They will also send text messages to VCU Alert subscribers. On Wednesday, Franklin Street will be closed between Harrison and Laurel streets between 8:30 a.m. and 6 p.m. Vehicles will also not be permitted to access Shafer Street between Franklin and Grace streets.

Montgomery County Police say two Maryland men are charged with a hate crime after accosting and assaulting two transgender women outside a 7-Eleven. Edras Vasquez and Carlos Hernandez-Sanez were leaving the store around 2:30 a.m. when two transgender women were walking into the store. “The men began using very disparaging, sexually oriented-based epithets,” said Lucille Baur, with the county police. The altercation became physical after one of the women began recording the argument with her phone. “The suspects threw a Cup-O-Noodles on one of the victims, and then proceeded to kick and punch the victim to the extent that one of the victims, the 36-year-old, was thrown against the store’s front glass window,” Baur said. Both women suffered minor injuries. The two men face multiple charges, including robbery, assault and a hate crime for harassing the women because of their sexual orientation. They are expected in court later this month. 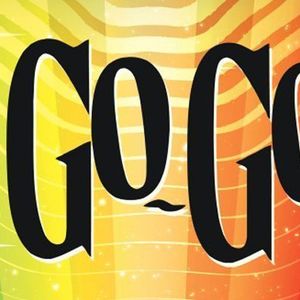 “What seems to us as bitter trials are often blessings in disguise.” – Oscar Wilde