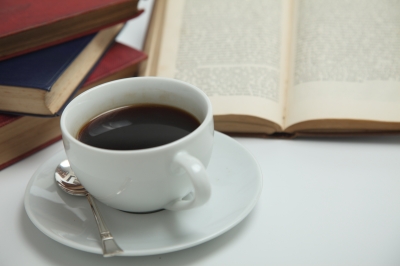 2. The Book of Jonas

Debut novelist Stephen Dau writes a haunting exploration of the relationship between perpetrators and victims of war that suggests no one is merely one or the other. Jonas, a fifteen-year-old boy from an unnamed Muslim country, comes to live with a foster family in Pittsburgh. As a therapist helps him dig into his emotional trauma, his story links with that of an American soldier, Christopher Henderson, who may have saved Jonas’ life when his village and family were destroyed.

3. The People of Forever Are Not Afraid

This novel is a timely view into the lives of three female Israeli Defense soldiers: one placed at a checkpoint, another a refugee guard, and the third a weapons trainer. Shani Boianjiu, the author, is herself a recent graduate of the Israeli army and thus an authoritative insider. The style can be confusing, but the authenticity makes it a must-read for those curious about either the Israeli army or the female military experience.

A terrible accident exacerbates tensions between Moroccan locals and expatriate Europeans cavorting at a pleasure palace in the desert. The question of moral responsibility in each respective culture is investigated, while at the same time the reader can revel in the lush descriptions of the foreigners’ hedonism.

The sequel to Daddy by Default continues to tackle the intriguing issue of paternity law in the United States. Parker Redman, forced to pay support for a child who isn’t his, helps other men avoid the same fate. Meanwhile, Eboni, Lachez, and Toni scheme to make men pay for their children, whether or not they’re biologically theirs.

The latest book from DC’s own Kia DuPree is a raw take on sex trafficking in the nation’s capital. While human trafficking in other countries has been a hot button issue, DuPree’s portrait doesn’t read like fiction. The novel follows the life of Kiki, a 20-something haunted by her past in the sex trade.

7. The Liberator: One World War II Soldier’s 500-Day Odyssey from the Beaches of Sicily to the Gates of Dachau

Historian Alex Kershaw follows Felix Sparks, a lieutenant in the American army, from Sicily to Dachau over the course of World War II. Sparks loses more than 200 compatriots in three years, endures constant battle, and yet demonstrates incredible humanity. Based on interviews with Sparks and those with whom he served, Kershaw’s biography is a valuable chance to view the war through the eyes of an ordinary soldier.

Miranda Lu is a sixteen-year-old computer geek in 2021, when virtual reality is a completely immersive experience. It’s also a platform that can be accessed by the spirit of her dead great-great-grandfather, who sends Miranda and her cousin Brian on a mission to break the family curse. The curse’s origins in Chinese tradition make this a thoughtful as well as exciting read for the younger set.

9. An Air War with Cuba: The United States Radio Campaign Against Castro

Daniel Walsh, a professor at Appalachian State University, chronicles the history of Radio Marti, a US propaganda station directed at Cubans living under Castro. The book explores why this effort has proved unsuccessful, but is limited in the scope of information procured from Cuban citizens. It is worth reading for the interesting take on US-Cuba relations and the rare insight into international broadcasts, which cannot be disseminated by US officials to American citizens (Walsh’s transcripts were mailed legally from Canada).

Americans may be less familiar with Jacques Chirac’s rise to power in the second half of the twentieth century, but will remember his vocal opposition to President George W. Bush’s invasion of Iraq. Chirac, president of France from 1995-2007, has written a memoir of his entire political career, and does not skimp on his experiences with Bush. He’s still a popular figure in France, and any twentieth and twenty-first century international policy wonk will want to peruse these pages.