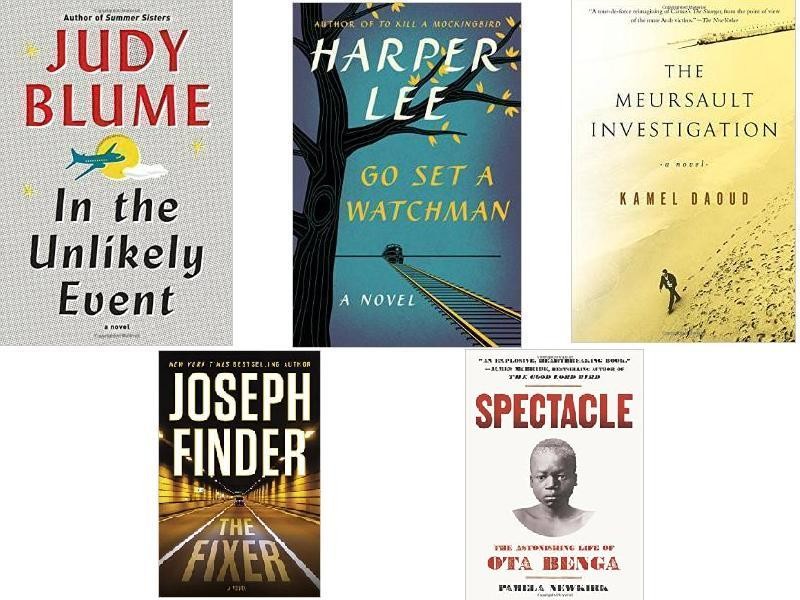 Warren Duffy has returned to America for all the worst reasons: His marriage to a beautiful Welsh woman has come apart; his comics shop in Cardiff has failed; and his Irish American father has died, bequeathing to Warren his last possession, a roofless, half-renovated mansion in the heart of black Philadelphia. On his first night in his new home, Warren spies two figures outside in the grass. When he screws up the nerve to confront them, they disappear. The next day he encounters ghosts of a different kind: In the face of a teenage girl he meets at a comics convention he sees the mingled features of his white father and his black mother, both now dead. The girl, Tal, is his daughter, and she’s been raised to think she’s white.

Spinning from these revelations, Warren sets off to remake his life with a reluctant daughter he’s never known, in a haunted house with a history he knows too well. In their search for a new life, he and Tal struggle with ghosts, fall in with a utopian mixed-race cult, and ignite a riot on Loving Day, the unsung holiday for interracial lovers.

A frequently hilarious, surprisingly moving story about blacks and whites, fathers and daughters, the living and the dead, Loving Day celebrates the wonders of opposites bound in love.

An historic literary event: the publication of a newly discovered novel, the earliest known work from Harper Lee, the beloved, bestselling author of the Pulitzer Prize-winning classic, To Kill a Mockingbird.

Originally written in the mid-1950s, Go Set a Watchman was the novel Harper Lee first submitted to her publishers before To Kill a Mockingbird. Assumed to have been lost, the manuscript was discovered in late 2014.

Go Set a Watchman features many of the characters from To Kill a Mockingbird some twenty years later. Returning home to Maycomb to visit her father, Jean Louise Finch—Scout—struggles with issues both personal and political, involving Atticus, society, and the small Alabama town that shaped her.

Exploring how the characters from To Kill a Mockingbird are adjusting to the turbulent events transforming mid-1950s America, Go Set a Watchman casts a fascinating new light on Harper Lee’s enduring classic. Moving, funny and compelling, it stands as a magnificent novel in its own right.

An award-winning journalist reveals a little-known and shameful episode in American history, when an African man was used as a human zoo exhibit—a shocking story of racial prejudice, science, and tragedy in the early years of the twentieth century .

In 1904, Ota Benga, a young Congolese “pygmy”—a person of petite stature—arrived from central Africa and was featured in an anthropology exhibit at the St. Louis World’s Fair. Two years later, the New York Zoological Gardens displayed him in its Monkey House, caging the slight 103-pound, 4-foot 11-inch tall man with an orangutan. The attraction became an international sensation, drawing thousands of New Yorkers and commanding headlines from across the nation and Europe.

Spectacle explores the circumstances of Ota Benga’s captivity, the international controversy it inspired, and his efforts to adjust to American life. It also reveals why, decades later, the man most responsible for his exploitation would be hailed as his friend and savior, while those who truly fought for Ota have been banished to the shadows of history. Using primary historical documents, Pamela Newkirk traces Ota’s tragic life, from Africa to St. Louis to New York, and finally to Lynchburg, Virginia, where he lived out the remainder of his short life.

Shocking and compelling, Spectacle is a masterful work of social history that raises difficult questions about racial prejudice and discrimination that continue to haunt us today.

4. Pirate Hunters: Treasure, Obsession, and the Search for a Legendary Pirate Ship

Finding and identifying a pirate ship is the hardest thing to do under the sea. But two men—John Chatterton and John Mattera—are willing to risk everything to find the Golden Fleece, the ship of the infamous pirate Joseph Bannister. At large during the Golden Age of Piracy in the seventeenth century, Bannister should have been immortalized in the lore of the sea—his exploits more notorious than Blackbeard’s, more daring than Kidd’s. But his story, and his ship, have been lost to time. If Chatterton and Mattera succeed, they will make history—it will be just the second time ever that a pirate ship has been discovered and positively identified. Soon, however, they realize that cutting-edge technology and a willingness to lose everything aren’t enough to track down Bannister’s ship. They must travel the globe in search of historic documents and accounts of the great pirate’s exploits, face down dangerous rivals, battle the tides of nations and governments and experts. But it’s only when they learn to think and act like pirates—like Bannister—that they become able to go where no pirate hunters have gone before.

He was the brother of “the Arab” killed by the infamous Meursault, the antihero of Camus’s classic novel. Seventy years after that event, Harun, who has lived since childhood in the shadow of his sibling’s memory, refuses to let him remain anonymous: he gives his brother a story and a name—Musa—and describes the events that led to Musa’s casual murder on a dazzlingly sunny beach.

In a bar in Oran, night after night, he ruminates on his solitude, on his broken heart, on his anger with men desperate for a god, and on his disarray when faced with a country that has so disappointed him. A stranger among his own people, he wants to be granted, finally, the right to die.

The Stranger is of course central to Daoud’s story, in which he both endorses and criticizes one of the most famous novels in the world. A worthy complement to its great predecessor, The Meursault Investigation is not only a profound meditation on Arab identity and the disastrous effects of colonialism in Algeria, but also a stunning work of literature in its own right, told in a unique and affecting voice.

6. In the Unlikely Event

In 1987, Miri Ammerman returns to her hometown of Elizabeth, New Jersey, to attend a commemoration of the worst year of her life. Thirty-five years earlier, when Miri was fifteen, and in love for the first time, a succession of airplanes fell from the sky, leaving a community reeling. Against this backdrop of actual events that Blume experienced in the early 1950s, when airline travel was new and exciting and everyone dreamed of going somewhere, she paints a vivid portrait of a particular time and place—Nat King Cole singing “Unforgettable,” Elizabeth Taylor haircuts, young (and not-so-young) love, explosive friendships, A-bomb hysteria, rumors of Communist threat. And a young journalist who makes his name reporting tragedy. Through it all, one generation reminds another that life goes on.

In the Unlikely Event is vintage Judy Blume, with all the hallmarks of Judy Blume’s unparalleled storytelling, and full of memorable characters who cope with loss, remember the good times and, finally, wonder at the joy that keeps them going.

7. Audrey at Home: Memories of My Mother’s Kitchen

Enter Audrey Hepburn’s private world in this unique biography compiled by her son that combines recollections, anecdotes, excerpts from her personal correspondence, drawings, and recipes for her favorite dishes written in her own hand, and more than 250 previously unpublished personal family photographs.

Audrey at Home offers fans an unprecedented look at the legendary star, bringing together the varied aspects of her life through the food she loved—from her childhood in Holland during World War II, to her time in Hollywood as an actress and in Rome as a wife and mother, to her final years as a philanthropist traveling the world for UNICEF.

Audrey at Home is a personal scrapbook of Audrey’s world and the things she loved best—her children, her friends, her pets. It is a life that unfolds through food, photographs, and intimate vignettes in a sophisticated and lovely book that is a must for Audrey Hepburn fans and food lovers.

8. Code of Conduct: A Thriller

Hidden deep within one of the world’s most powerful organizations is a secret committee with a devastating agenda. Its members are afforded incredible protections—considered elites, untouchables.

But when four seconds of video is captured halfway around the world and anonymously transmitted to D.C., covert wheels are set in motion, and counterterrorism operative Scot Harvath is tapped to undertake the deadliest assignment of his career.

What begins as a favor will evolve into a globe-spanning drama of highly personal stakes played out against a backdrop of stunning international intrigue, duplicitous political gamesmanship, and the darkest, most clandestine fears of the espionage world.

With razor-sharp plotting, richly rendered characters, and heart-stopping surprises on every page, Thor isn’t just at the top of his game—he owns the entire genre.

When former investigative reporter Rick Hoffman loses his job, fiancée, and apartment, his only option is to move back into — and renovate — the home of his miserable youth, now empty and in decay since the stroke that put his father in a nursing home.

As Rick starts to pull apart the old house, he makes an electrifying discovery — millions of dollars hidden in the walls. It’s enough money to completely transform Rick’s life — and everything he thought he knew about his father.  Yet the more of his father’s hidden past that Rick brings to light, the more dangerous his present becomes. Soon, he finds himself on the run from deadly enemies desperate to keep the past buried, and only solving the mystery of his father — a man who has been unable to communicate, comprehend, or care for himself for almost 20 years — will save Rick… if he can survive long enough to do it.

10. All the Single Ladies: A Novel

Few writers capture the complexities, pain, and joy of relationships—between friends, family members, husbands and wives, or lovers—as beloved New York Times bestselling author Dorothea Benton Frank. In this charming, evocative, soul-touching novel, she once again takes us deep into the heart of the magical Lowcountry where three amazing middle-aged women are bonded by another amazing woman’s death.

Through their shared loss they forge a deep friendship, asking critical questions. Who was their friend and what did her life mean? Are they living the lives they imagined for themselves? Will they ever be able to afford to retire? How will they maximize their happiness? Security? Health? And ultimately, their own legacies?

A plan is conceived and unfurls with each turn of the tide during one sweltering summer on the Isle of Palms. Without ever fully realizing how close they were to the edge, they finally triumph amid laughter and maybe even newfound love.