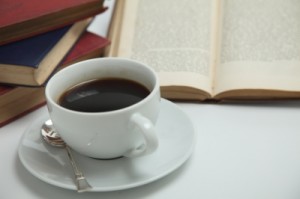 by J.K. Rowling, 2012
The long-awaited new novel from the bestselling author of the Harry Potter series was released on September 27. J.K. Rowling retains her fondness for odd names with a new ensemble cast set in the English town of Pagford. When Barry Fairbrother is murdered, the town unravels over the fate of his vacant seat on the parish council. It remains to be seen whether this first novel for adults will be a hit, though expecting it to equal the earlier series would likely be too much to ask.

by Ayize Jama-Everett, 2011
Taggert can manipulate his own and other people’s bodies on a cellular level, including lightening his dark skin to fit into British society. To help save the daughter of the woman he loves, he returns to London from a life of crime in Morocco. Ayize Jama-Everett, professor of religion and culture at Starr King School for the Ministry, has created a thrilling universe where people of special powers shape an international criminal underworld.

4. The Richest Woman in America: Hetty Green in the Gilded Age

by Janet Wallach, 2012
Historian Janet Wallach seeks to re-direct attention to the “Warren Buffet of the Gilded Age,” female tycoon Hetty Green. A frugal Quaker who believed her wealth represented her worth, Hetty was known for her eccentricities as well as shrewd business eye. The biography covers a fascinating period of America’s financial history as well as a curious protagonist who could serve as an inspiring role model for women (and men) in today’s economic times.

5. The Price of Politics

by Bob Woodward, 2012
Two-time Pulitzer Prize winner and associate editor at The Washington Post Bob Woodward’s 17th book chronicles the fallout over the debt limit between Congress and the White House that came to a crisis in Summer 2011. Though the crisis lingers in recent memory, in particular for D.C. residents, Woodward provides a behind-the-scenes picture that pushes beyond the contemporary news coverage. The more personal interactions (and non-interactions) between President Obama and Speaker John Boehner are portrayed. Readers will ponder who we are letting lead our nation and why. A timely book for election season.

6. Every Love Story is a Ghost Story: A Life of David Foster Wallace

by D.T. Max, 2012
The literary reputation of David Foster Wallace, the author best known for Infinite Jest who hanged himself in 2008, is still in limbo. The New Yorker staff writer D.T. Max’s new biography may help it settle, as he characterizes the strengths and weaknesses of Wallace’s writing as well as his life. At different points, Wallace was a drug addict and womanizer; he was also generous to his students and fellow writers. His writing showed a self-awareness of his shortcomings and transformed them into a critique of late twentieth century American culture. Max’s biography is a fulfilling introduction or corollary to a complex man and his work.

by Michael Kimball, 2012
Baltimore author Michael Kimball returns with Big Ray, one man’s memories of his literally larger-than-life father. In vignettes of varying size that have a clinical and almost painful quality, Daniel Todd Carrier describes his interactions with his father from childhood until his father’s death. This book will appeal to fans of no-holds-barred realism and resonate with those who have experienced unpleasant and disproportionately influential family members.

by Katherine Catmull, October 2 2012
This dark, lyrical debut novel from Katherine Catmull is billed for ages 10 and up, but fits more smoothly into that YA category with a secret (or not so secret) adult audience. Sisters Summer and Bird wake up one morning to find their parents gone and a cryptic message from their mother that leads them into Down, a mysterious and somewhat malicious world run by magical talking birds. The message, of eternal seeking and struggle, manages to be beautiful, but not very Disney.

9. The Time in Between

by María Dueñas, 2012
Already a bestseller in Europe, debut Spanish novelist María Dueñas explores World War II from a Spanish point of view. Sira Quiroga, an intrepid seamstress from Madrid, uses her occupation as a wedge to spy on the Nazis. While making beautiful clothes for the German officers’ wives, she reports to the British Resistance. The novel draws heavily on recent historical record and includes many historical side characters.

10. The Girl Who Fell Beneath Fairyland and Led the Revels There

by Catherynne M. Valente, Oct 7 2012
Another treat for logophiles, wordsmiths, and synonym enthusiasts emerges from the pen of Cathrynne M. Valente. Born from one of her quirky books for adults, Palimpsest, the first book in this children’s series is The Girl Who Circumnavigated Fairyland in a Ship of Her Own Making. In this sequel, September and her sly, wicked narrator return to Fairyland to find that its inhabitants are losing their shadows to Fairyland Below. The rebellious shadows are led by the Hollow Queen, September’s own severed shadow. Re-read (or read) the first book and join the revels on October 7!