You are at:Home»Books»BOOK REVIEW – The Smitten Kitchen Cookbook: Celebrate with holiday dishes and recipes
Tweet 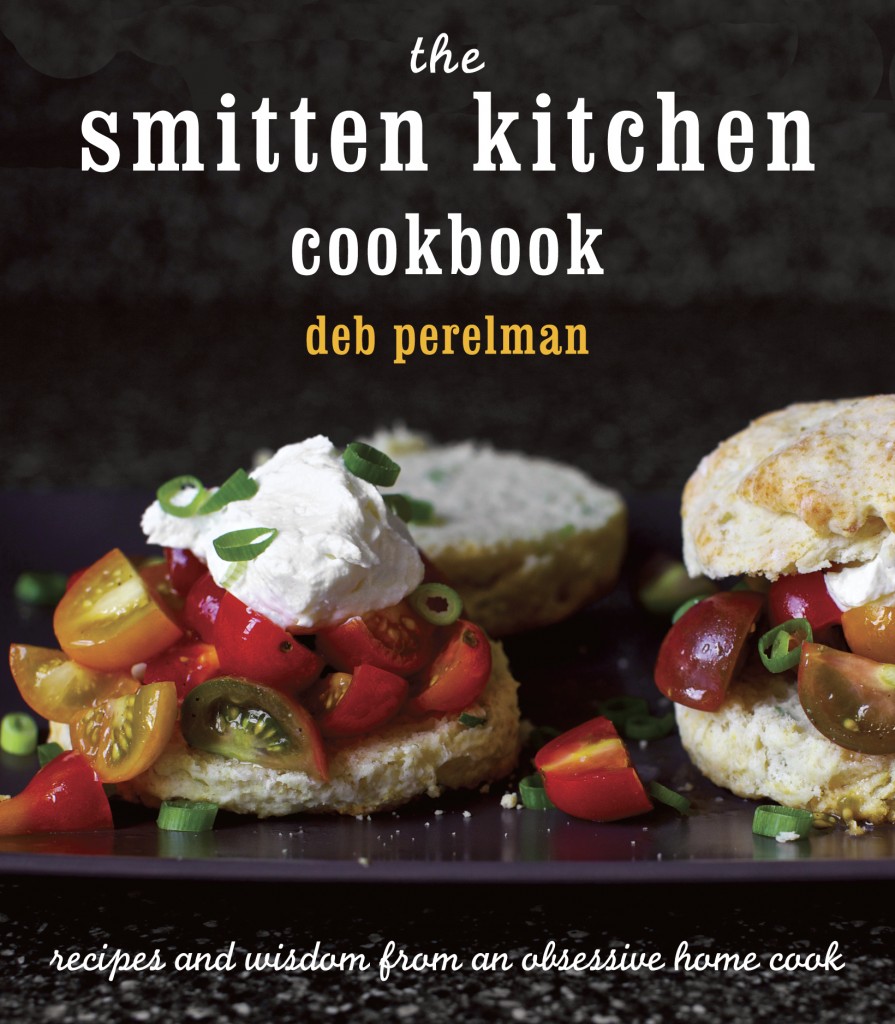 “Recipes and Wisdom from an Obsessive Home Cook” is the apt sub-title to this carefully realized work from Deb Perelman, maven of the Smitten Kitchen food blog. The popular site regularly features reflections, recipes, and photos of scrumptious dishes, along with shots of Perelman’s sly-grinning toddler Jacob. The cookbook is dedicated to Jacob, “the best thing I ever baked,” and this family spirit suffuses the entire book, making it especially suitable for the holidays.

Perelman is like the chatty cousin at the family gathering who always brings that delicious casserole no one can ever quite replicate. Except this time, with attention to every last second and pinch, your recipe will finally be right. The recipes in the book are fastidiously recorded to make them perfectly replicable. Perelman does all of her own photography, and every single recipe is gorgeously illustrated, either finished or in progress and usually both. The craftsmanship that went into producing the book itself is remarkable: the “lay-flat” binding keeps the volume open to the correct page, while the glossy, thick pages whisper of quality printing.

One might be surprised to learn that the inviting slices of fresh tomato spilling out of the cover photo belong to “Tomato Scallion Shortcakes with Whipped Goat Cheese.” Perelman can talk anyone through such scary-sounding recipes, explaining that she needed something to sop up that “fresh-tomato-and-diluted-dressing runoff” from salads. These impeccably laid out pages are not for those looking for easy fifteen minute meals, but those looking to impress the holiday crowds with minimal stress. There are recipes here for the vegetarians at the table, the carnivores, and the sweet-lovers, and more than a little ballast to keep cooks sane and even sanguine while serving. 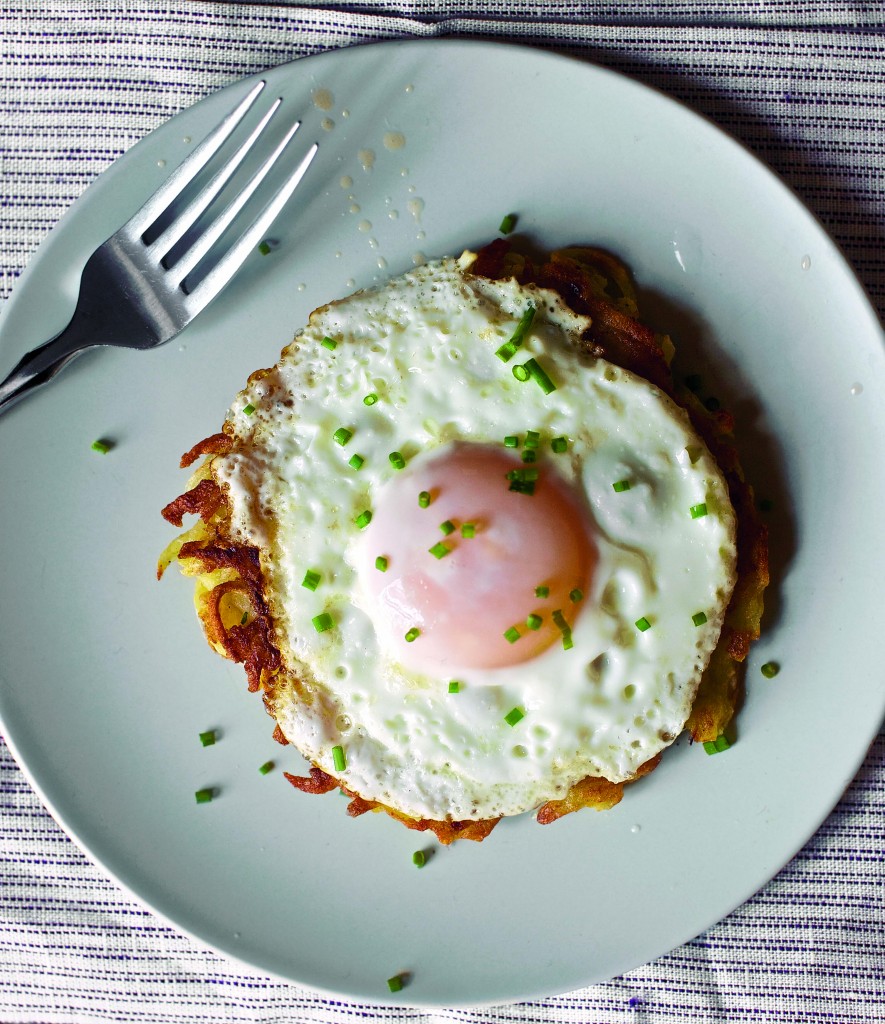 Unlike a chatty relative’s tales, the narrative preludes that accompany Perelman’s recipes can be skipped, but each offers insight into the genesis and motivation behind the dish. Expect to find traditional favorites in unexpected places, like the “Big Breakfast Latkes.” In her reflections, Perelman expresses sorrow for anyone who “[limits]…latke consumption to the eight nights of Hanukkah.” Her version of the potato pancake will add new dimensions to the holiday.

The pancake that Perelman’s recipe produces is unusually filling. It has the perfect latke trademarks: crispy and golden brown outside, soft and smooth inside. The suggested pairing with a fried egg adds texture and richness, and the ingredients she uses are familiar: grated potato, onion, flour, egg, baking powder, salt, and pepper. It is the process that makes the difference, which includes wringing out the potato and onion mixture twice, either in a square of cheesecloth or a lint-free dish towel. Even at her most complicated, Perelman is always mindful of each cook’s individuality and on-hand kitchen supplies. In place of a food processor, a grater may be used. Dish towels — it turns out — work just as well as cheesecloth.

There is less room for innovation where time is concerned. When Perelman’s instructions state, “Cook the latke over moderate heat until the edges are golden, about four to five minutes,” those latkes will exhibit a fairytale golden brown hue in precisely four-and-a-half minutes. The nitpickiness in Perelman’s recipes is not arbitrary, but the result of rigorous and methodical experimentation. If a cake recipe asks the reader to use three different bowls, it is because the “three-bowl method was clearly the winning cake.”

Although not designed specifically for the holidays, The Smitten Kitchen Cookbook has the menu covered, from main dishes to dessert. The note on “How to Throw a Dinner Party” is both practical and pacifying. Perelman reminds cooks that they only need one pièce de résistance and can make most of the side dishes from her book ahead of time. She also encourages putting friends to work, which will keep those relatives’ hands busy.

As for that show-stopper…choose from traditional options like “Maya’s Sweet and Sour Holiday Brisket with Roasted Fingerling and Carrot Coins” and “Pork Chops with Cider, Horseradish, and Dill,” or try a vegetarian entrée like “Heart-Stuffed Shells in Lemon Ricotta Béchamel.” The latter two recipes will need to be adjusted for larger groups. The star course does not need to be the main, Perelman argues, and her desserts stand firmly on their own. “Brownie Roll-Out Cookies” are her revision of her mother’s Hanukkah cookies, and the “Marbled Pumpkin Gingersnap Tart” is Thanksgiving and Christmas swirled into one delicious treat.

A great addition to any personal collection, The Smitten Kitchen Cookbook would also make a wise gift for whomever is hosting the next holiday meal.