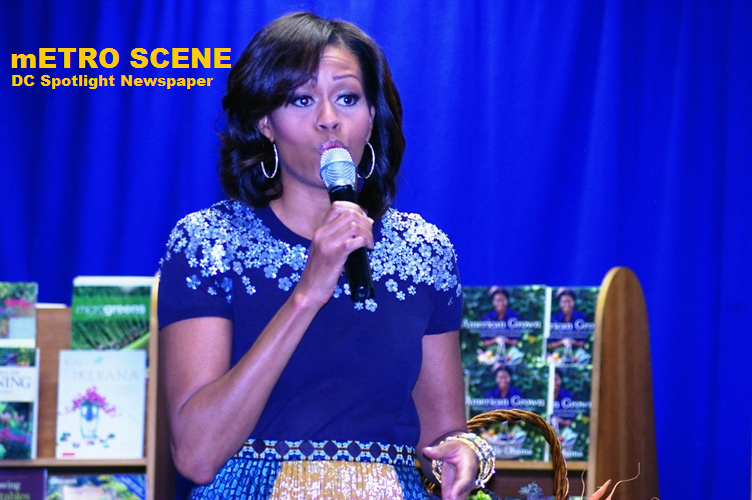 WASHINGTON, DC – First Lady Michelle Obama spent Tuesday morning at Politics and Prose book store showcasing and signing copies of her book, “American Grown, The Story of the White House Garden and Gardens Across America.”  Obama used stories of families across the US, as well as her own family’s story, in the book to highlight the importance of eating healthy, fresh vegetables. 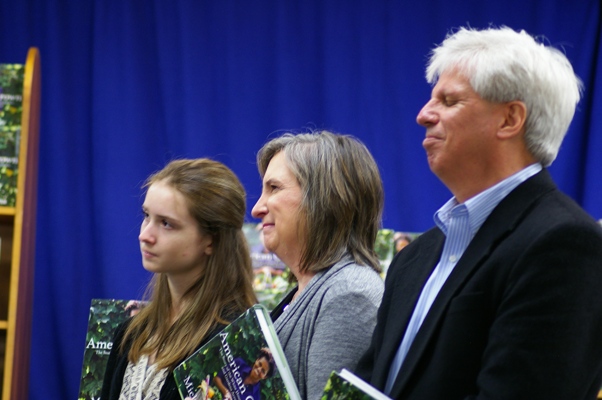 Her Let’s Move campaign has stressed removing unhealthy snacks from children’s diets and replacing them with fruits and vegetables in an effort to prevent such illnesses as diabetes in children.  The Dwiggins family was featured in the book and on hand at the book signing on Tuesday.   “I want to recognize the Dwiggins family,” said Obama,”who are highlighted in the book.  They work on a community garden in North Carolina, which is one of the many community gardens that are highlighted in the book.” 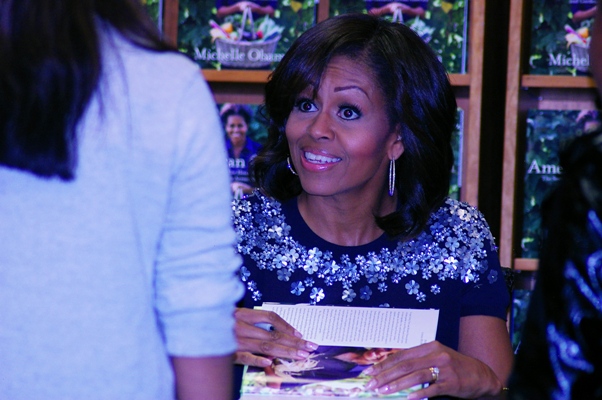 House garden is not unique,” remarked the First Lady.  “Community gardens are a mainstay in so many communities across this country, from rural America to my neighborhood on the South Side of Chicago.  There’s a community garden in one of the parks that I grew up using as part of the camp project.  Rainbow Beach day camp has one of the first-ever community gardens.  And I didn’t even realize that until I started writing this book and doing the research.”

She continued addressing the more than 200 attendees at the 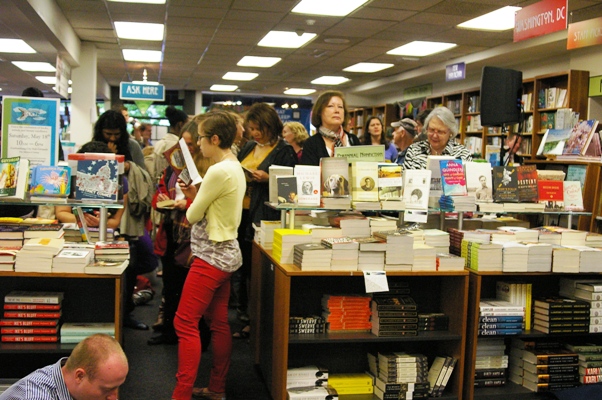 book signing, “It’s a beautiful picture book.  There are beautiful pictures that let you on the inside of what happens behind the scenes.  But there are great stories.  There are wonderful recipes in there, shared by the White House chefs.  So it’s doing a lot.  And I found that my girls really enjoy just thumbing through and looking at the pictures, but slowly but surely they started to actually read what was in there.  And that’s really the hope — that the pictures draw people of all ages in and then they start to read it and maybe start thinking about how to start a garden on their own, because there are many ways to do it.  You don’t have to have many acres.  You don’t have to have a staff.  You can have a few containers.” 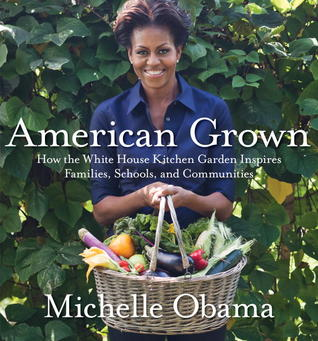 “American Grown: The Story of the White House Garden and Gardens Across America” was originally published in May 2012.  The book can be purchased in bookstores and on Amazon.com. Proceeds from the book will benefit the National Park Foundation.