You are at:Home»Books»Book Club»BOOK REVIEW – The Phillips Collection: Exquisite art in your private library
Tweet 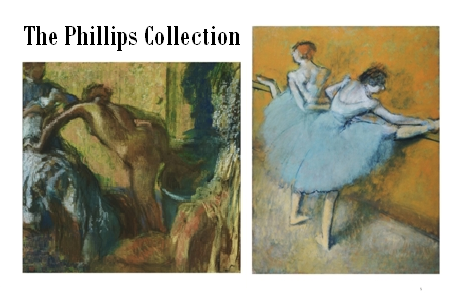 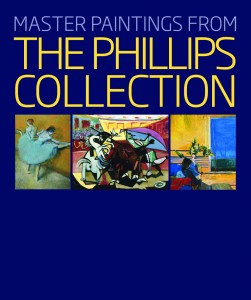 ninetieth anniversary in 2011 with the publication of a new book, Master Paintings from the Phillips Collection.  The book features the essence of the museum, located in Dupont Circle, and details its proud heritage as an intimate space for art. The original Phillips Collection building is a neo-Georgian house, formerly the home of collector Duncan Phillips and his artist wife Marjorie. Since then, additions have been made to accommodate the growth of the collection, including the Goh annex in 1989 and the Sant building in 2006. The new additions were designed to maintain theresidential feel. Phillips, who passed away in 1966, built his collection around American artists from the early twentieth century, although the collection also features impressionists and post-impressionists, twentieth-century modernists from around the world, and nineteenth-century painters. 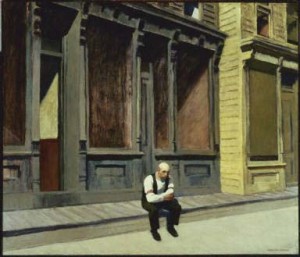 The book is prefaced with an introduction from Director Dorothy Kosinsky and three essays, revised or adapted from earlier publications: “Art and Intimacy” from New York-based art critic Robert Hughes; “Seeing Beautifully: A Vision of the Whole,” from chief curator of The Phillips Collection, Eliza E. Rathbone, and “Duncan Phillips: Champion of American Art,” from associate curator of research Susan Behrends Frank. The essays provide a personal background on Phillips, his influences, and aesthetic preferences, but will be more useful for an audience literate in art criticism. Each essay is a panegyric to Phillips, his taste, his vision, and his mission. Hughes writes, “Everyone who loves early modern art loves The Phillips Collection and envies Washington for having it.” He describes Phillips’ commitment to living artists and its sense of art as independent of chronological artistic movements. In her essay, Frank further refers to the collection’s organization of works – arranged according to artistic temperament, rather than chronology – as specifically beneficial to American painters. Rathbone also celebrates this unity of “source works” and “contemporary art” that characterizes The Phillips Collection.

While it would serve well as a coffee-table book, Master Paintings from the 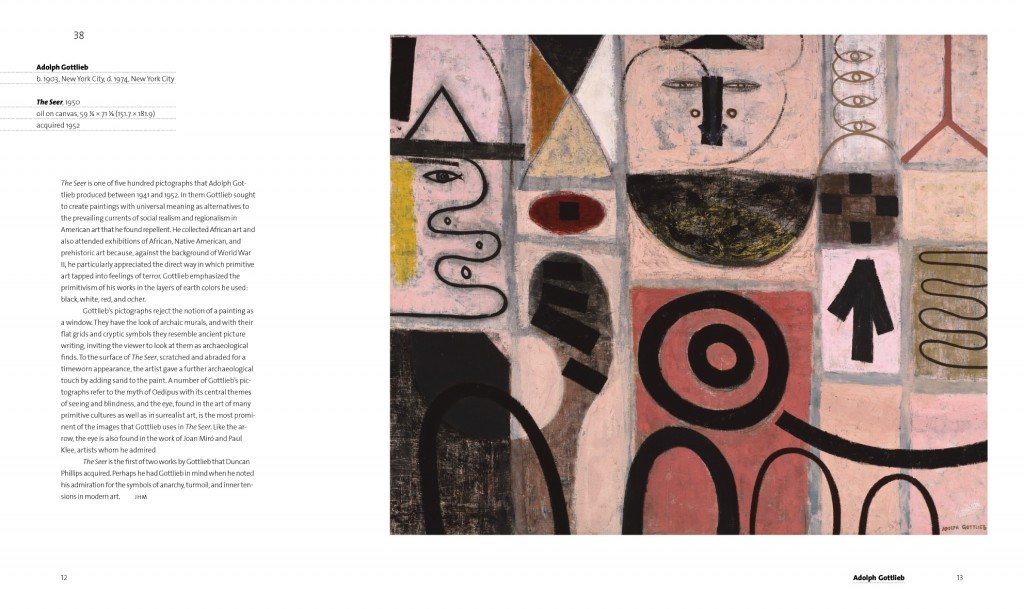 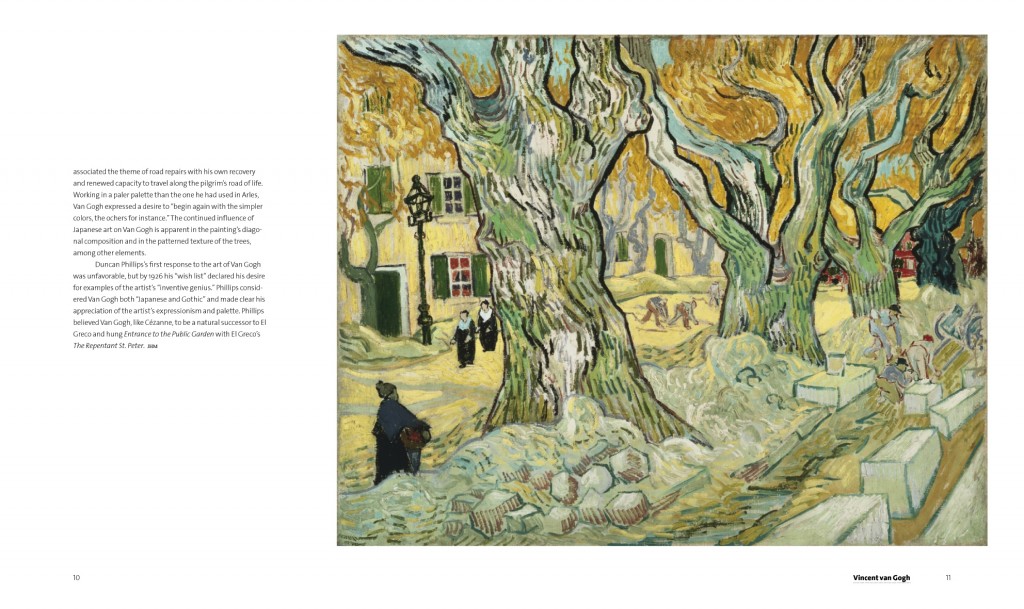 socio-historical context, explanations of the stylistic elements used, and their importance and relationship to artistic movements. Rathbone and Frank contributed to the descriptions, as did a distinguished group of art critics and curators, among them Susan Badder, Johanna Halford-MacLeod, Renée Maurer, Klaus Ottmann, Elsa Smithgall, and Vesela Sretenovic. With the plethora of works of art, artists and genres displayed, one would find the attention to detail in the writing and the brilliance of the reprints in the book alone to be enough to hide away in a corner chair and devour years of artistic grandeur.

Perhaps the best illustration of The Phillips Collection’s artistic unity without regard to chronology is its two paintings of “The Repentant St. Peter.” The earlier painting is from an old master, Domenikos Theotokopoulos, known as El Greco, finished in the early seventeenth century.  El Greco depicts Peter in a traditional act of contrition, gazing upward with tear-filled eyes, but uses his trademark elongation of the human figure. Halford-MacLeod’s description notes that Phillips considered El Greco an expressionist with similarities to Paul Cézanne, whom his work significantly predates. Francisco José de Goya’s “The Repentant St. Peter,” painted in the early nineteenth century, also shows Peter in an act of contrition, but his interpretation removes El Greco’s Mediterranean background and provides a dark setting for a bulkier and less idealized human figure. Phillips saw Goya as a bridge between the old and new masters, likewise related to Cézanne. Though these paintings are almost two hundred years apart, their treatment of the same subject manages to hold similar sensibilities with different stylistic elements. Like The Phillips Collection itself, the paintings chosen for the book, as varied as they are, possess an ineffable unity that casual flippers, interested hobbyists, as well as art connoisseurs can enjoy.