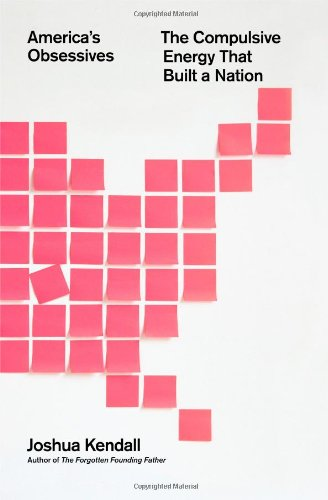 A national conversation about what makes greatness is the theme of Joshua Kendall’s discussion and book, America’s Obsessives: The Compulsive Energy That Built a Nation.  America’s Obsessives is a history lesson, but it also unearths the human nature of our culture’s greatest minds. Kendall explores achievers such as Steve Jobs, Charles Lindbergh, Ted Williams, and Estee Lauder, individuals whose success became artistry.  Kendall wants his readers to understand that these individuals have situational reasons for their genius, making them more comparable to you or me. Take Thomas Jefferson for example.  We immediately think about his contributions to the Declaration of Independence, but what Kendall wants us to know is that Jefferson was actually “a piece of work” as he puts it. Jefferson’s wife and daughter were miserable in his presence due to his controlling nature, and the debate still remains as to whether he fathered slave children with Sally Hemings.

Kendall isn’t downplaying Jefferson, or any of the minds he discusses in his work, “but [they]are human beings. We need to take our heroes off of the pedestal and really look at them as human beings,” he urges.

So where do these quirks come from? Why is it that Jefferson was so controlling or that Ted Williams became a baseball legend? Kendall brings it all back to upbringing and childhood. Williams could form no attachment to his absent mother or his alcoholic father, so he turned to a baseball bat for comfort instead. Estée Lauder’s mother was so fearful that her second husband would follow the first and leave her that she had Lauder help prepare her makeup everyday in order to impress him. The beautician became so adjusted to this lifestyle that she became obsessed with touching people’s faces. Kendall focuses on the realistic lifestyle of each of his subjects, helping readers to truly understand where greatness comes from.

“I’m hoping that this is a history lesson,” he says, but that it also makes people reflect about the present day and what some of the problems and challenges we all face in building a society are. We can have the brilliance of Thomas Jefferson, but we can also make it a little bit easier for people to get along with their wives and children to live a sane life.” 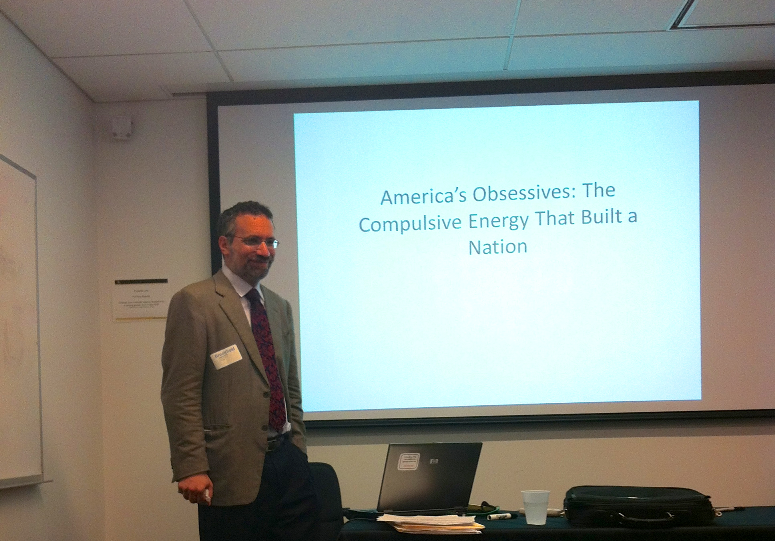 interactions. If we can look into who exactly Charles Lindbergh was, for instance, and grasp his struggle as a human being, says Kendall, then maybe we can better understand our professors, or parents, best friends, and co-workers. Kendall notes that we are all so fast-paced, that we hardly take the time to think about what is going on inside of other people.

“We live in a culture where we don’t really listen to other people,” says Kendall, “but people are complicated and have all these different sides, it makes life more interesting and also it helps you create a saner life if you know what you’re dealing with.”

The award-winning author examines six personalities in total, with others including Melvil Dewey, Alfred Kinsey, and H.J. Heinz. He is the author of the acclaimed biographies The Man Who Made Lists: Love, Death, Madness and the Creation of Roget’s Thesaurus, as well as The Forgotten Founding Father, and Noah Webster’s Obsession and the Creation of an American Culture. The Boston native has also been featured in the Wall Street Journal, Los Angeles Times, Financial Times, Business Week, and Psychology Today.

When asked about the message he wanted to convey to his readers, his response was more a piece of advice rather than a description. He said, “I want for people to just do a double-take and try to take in the people in their own environment in a more subtle way and not to categorize them.”